The blues takes spotlight in Davao

Organizers declare this year’s event a success, noting the large turnout
By: Dennis V. Gargantiel
Philippine Daily Inquirer / 12:12 AM May 05, 2015 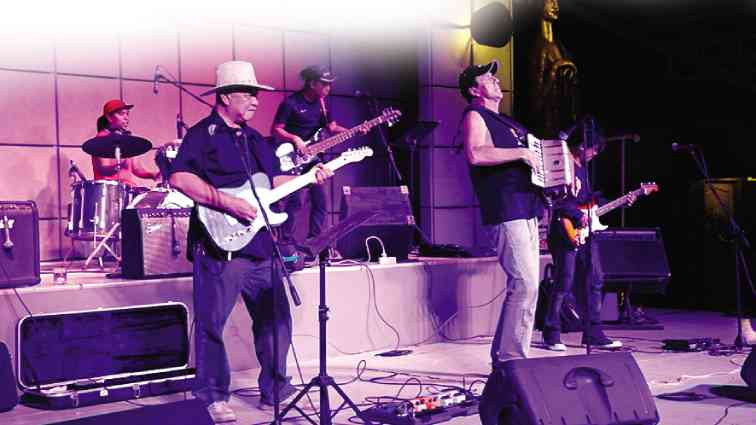 Yep, it has spread far south. The second Davao Blues Festival was successfully staged recently, marking the unmistakable spread of the genre’s local renaissance to the southernmost parts of the country.

A collaboration of the Davao Blues Society, the League of Musicians and Artists of Davao and leading blues bands in the area, the fest was held on consecutive nights at Soundbox Bar along Legazpi Street and Taboan in Matina Town Square.

A highlight on each of the two nights featured the crowd-pleasing New Orleans and California-based musician and Hollywood choreographer Eddie Baytos joining TSBB on vocals, accordion, keyboards and washboard on a selection of southern blues rockers, including the rock ’n’ roll stomper, “Got My Red Beans Cooking.”

The last couple of years have seen a marked growth in the number of blues festivals in the region, notably in Davao and neighboring Digos and Gen. Santos cities.

“We’ve been building a blues community here little by little since the first Davao Blues fest,” said Caballero, a key organizer. “More, and bigger, events are in the pipeline, including one this August to coincide with the city’s Kadayawan festivities,” he announced.