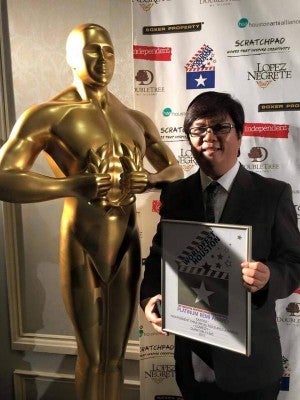 In the “mature themes” category, Joel Lamangan’s “Kamkam” was awarded a gold Remi, an honor also given to Perci Intalan’s “Dementia” in the horror/fantasy genre,.

The annual film festival, now on its 48th edition, honors excellence in various types of independent films and filmmaking.

For this year’s edition, only 51 films were chosen to premiere in the festival out of 500 entries from around the globe. AJH/ With a report from Bayani San Diego Jr.

‘Dementia’: Into the dark, racking realm of paranoia