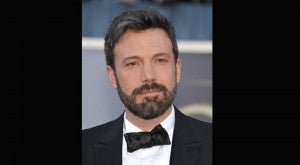 BOSTON, United States — Ben Affleck requested that the PBS documentary series “Finding Your Roots” not reveal he had a slave-owning ancestor, according to emails published online by whistleblower site WikiLeaks, and the information never appeared on the program.

PBS and Harvard scholar Henry Louis Gates, host of the show that traces the ancestry of well-known guests, said in separate statements that they didn’t censor the slave-owner details. Instead, more interesting ancestors of the actor emerged and Gates chose to highlight them in October’s segment featuring Affleck, they said in the statements posted on the PBS website.

“For any guest, we always find far more stories about ancestors on their family trees than we ever possibly could use,” Gates said in an emailed statement to The Associated Press. He said finding slave-owning ancestors was very common in the series, and noted Ken Burns and Anderson Cooper were two guests with slave-owner relatives.

In Affleck’s case, “we decided to go with the story we used about his fascinating ancestor who became on occultist following the Civil War. This guy’s story was totally unusual: we had never discovered someone like him before,” he said.

Affleck’s rep did not immediately respond to an email request for comment Saturday. The award-winning actor and filmmaker (“Good Will Hunting” and “Argo”) has also organized humanitarian work in Africa.

The email chain between Gates and Sony Pictures co-chairman and chief executive Michael Lynton was part of a trove of hundreds of thousands of emails and documents from last year’s Sony hack that WikiLeaks put into a searchable online archive on Thursday.

In their email exchange, Gates asks Lynton for advice on how to handle Affleck’s request.

“Here’s my dilemma: confidentially, for the first time, one of our guests has asked us to edit out something about one of his ancestors–the fact that he owned slaves. Now, four or five of our guests this season descend from slave owners, including Ken Burns. We’ve never had anyone ever try to censor or edit what we found. He’s a megastar. What do we do?” Gates wrote on July 22, 2014.

Lynton replies that it all depends on who knows that the information was in the documentary already.

“I would take it out if no one knows, but if it gets out that you are editing the material based on this kind of sensitivity then it gets tricky. Again, all things being equal I would definitely take it out,” Lynton wrote that same day.

After going back and forth, the two seem to decide censoring the information is a bad idea, with Gates writing later on July 22 that if the public learned of it, “It would embarrass him and compromise our integrity. I think he is getting very bad advice” and adding: “Once we open the door to censorship, we lose control of the brand.”

Affleck is never mentioned in the exchange of emails between Gates and Lynton; instead he’s referred to as a “megastar” and “Batman.” He was filming “Batman v. Superman: Dawn of Justice” in Detroit at the time.

When the segment aired Oct. 14, Gates focused on the occultist, a Revolutionary War relative and Affleck’s mother, who was a “freedom rider” in 1964.

A PBS spokeswoman said in an emailed statement Saturday that PBS did not know of the exchanges between Gates, Sony and Affleck and wasn’t part of editorial decisions made by Gates and his producers.

“It is clear from the exchange how seriously Professor Gates takes editorial integrity,” PBS said in the statement posted on its website.