Four members of One Direction now in PH | Inquirer Entertainment

Four members of One Direction now in PH 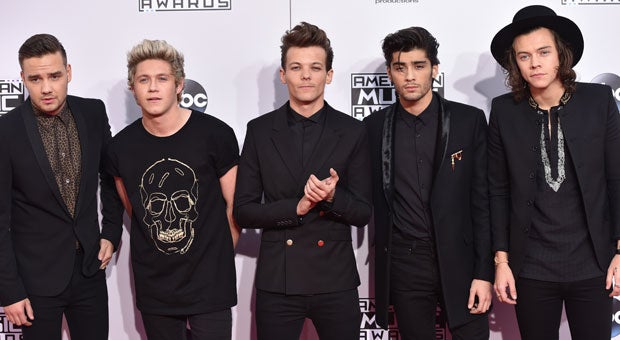 MANILA, Philippines—Four members of the British boy band One Direction arrived on Saturday afternoon in Manila for their first-ever concert in the Philippines.

Thousands of One Direction fans are already at the Mall of Asia (MOA) concert grounds ahead of the concert on Saturday night.

READ: One Direction fans troop to one direction: Mall of Asia concert grounds

The concert, part of the group’s “On The Road Again Tour,” would be a two-night affair at MOA Open Grounds in Pasay City on March 21 and 22. Nestor Corrales with a report from Kristine Magunay, Philippine Daily Inquirer