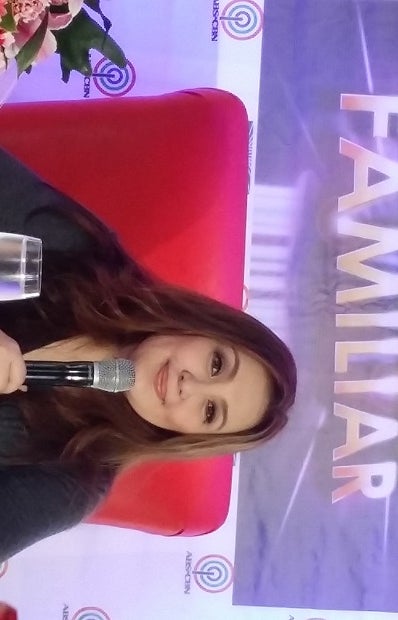 MANILA, Philippines ―Megastar Sharon Cuneta is officially back to being a Kapamilya.

Cuneta signed a contract with ABS-CBN on Monday which was witnessed by ABS-CBN president and CEO Charo Santos-Concio, channel head Cory Vidanes, and other Kapamilya network executives.

After the signing, she said she felt “nervous” being back with ABS-CBN which had been her home for 23 years before moving to TV5 in 2011, reportedly for P1 billion.

BACKSTORY: Sharon Cuneta admits going through one of the lowest times of her life, career

“Your Face Sounds Familiar” will be Cuneta’s comeback project on ABS-CBN.

In a Facebook post on Monday, she said that she had been waiting for this day since August. She also said that “home is where the heart is.”

Fans had expected her return to ABS-CBN when she left TV5 last year after a three-year stint.

Cuneta has been hinting on coming back to the Kapamilya network in a series of posts on her Facebook account.

READ: Sharon Cuneta: I will be back in showbiz ‘sooner than expected’

Her return to the Kapamilya network was welcomed by netizens as “Sharon Cuneta” became the eighth trending topic on Twitter as of posting time. AJH, with reports from Bayani San Diego Jr. and Marinel Cruz

Sharon Cuneta to make a ‘grand’ comeback in ABS-CBN