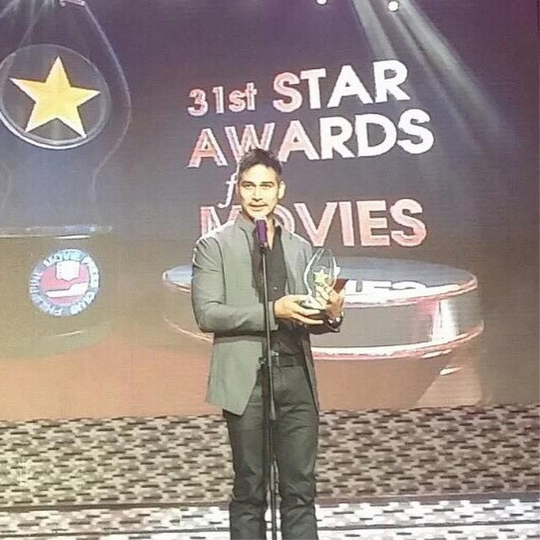 Pascual got the nod for his role as a professor who turned chef in romantic comedy “Starting Over Again” while Cruz won the award for his portrayal as a developmentally-challenged person accused of rape in “The Trial.”

Superstar Nora Aunor was hailed as Best Actress for her role in the horror flick “Dementia.” She beat Anne Curtis of “The Gifted”, Eugene Domingo of “Mga Kuwentong Barbero (Barber’s Tales)”, Cherie Gil of “Mana”, Toni Gonzaga of “Starting Over Again”, Aiko Melendez of “Asintado” and Jennylyn Mercado of “English Only Please.”

Here is the complete list of winners in the 2015 Star Awards for Movies:

Best Indie Movie of the Year: The Janitor

Darling of the Press: Vicky Morales

Face of the Night: Iñigo Pascual and Kylie Padilla