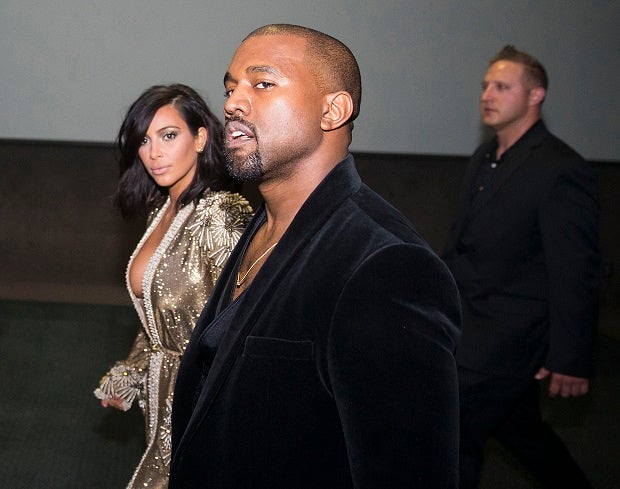 West briefly popped up on stage as Beck accepted the album of the year award on Sunday for “Morning Phase,” beating out expected victor Beyoncé.

West smiled and quickly jumped down, but not before getting guffaws from Beyoncé and Jay Z.

Kanye famously got involved in an award presentation in 2009 when Taylor Swift beat Beyoncé at MTV’s Video Music Awards.

Beck seemed as surprised as the rest of the audience when he won the award Sunday and appeared to be looking around for help.

Recording academy president Neil Portnow said the almost-Kanye moment was part of the excitement of a live television show.

“It’s unpredictable,” he said. “You don’t know what’s going to happen… That turned out to be a fun moment at the end of the day.”

But it wasn’t such a fun moment later backstage when a very serious West told E! Entertainment that Beck should have given his award to Beyonce.

“When you keep on diminishing art, and not respecting the craft, and smacking people in the face after they deliver monumental feats of music, you’re disrespectful to inspiration.”

He said of the Grammys “want real artists to keep coming back, they need to stop playing with us.”