No clear frontrunner for 2015 Golden Globes 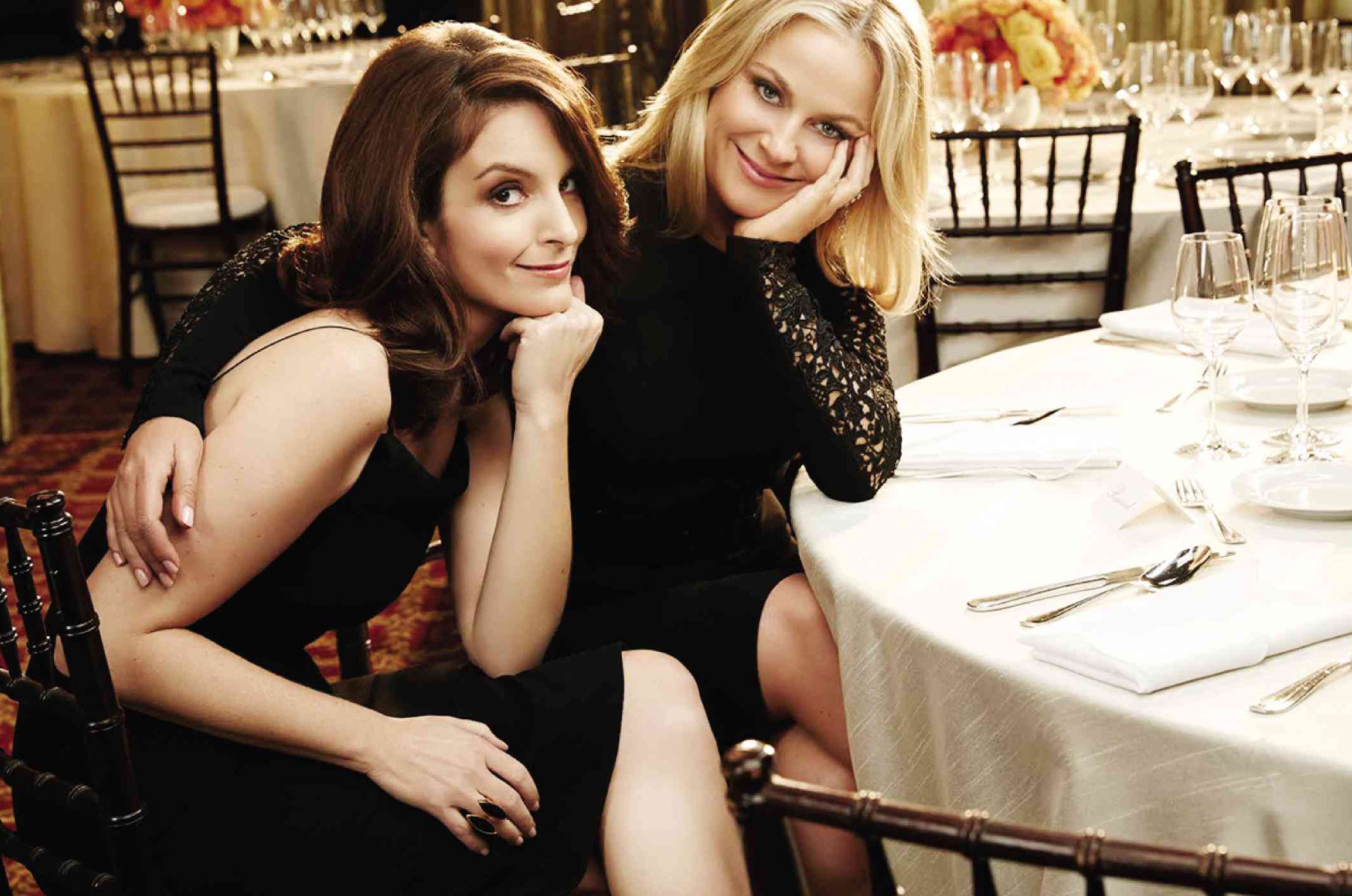 THIS may be the final year for Tina Fey (left) and Amy Poehler as hosts of the Hollywood Foreign Press Association’s annual party.

LOS ANGELES—Will Eddie Redmayne and Michael Keaton win their first Golden Globes? Will Julianne Moore and Emily Blunt snag their second? Will Meryl Streep win her ninth? These are among the exciting questions that will be answered when the 72nd Golden Globe Awards goes underway at the Beverly Hilton Sunday evening (Monday morning, Manila time).

In an awards season where there are no clear front-runners, the Golden Globe Awards, regarded as Hollywood’s party of the year, will be anything but predictable. Millions of viewers around the world are expected to watch the televised show hosted again by the winning pair, Tina Fey and Amy Poehler. This may be the final year for Fey and Poehler as hosts of the annual event in which the Hollywood Foreign Press Association honors excellence in film and television.

Will Richard Linklater’s “Boyhood,” intermittently shot for 12 years, triumph as Best Picture-Drama? Or will James Marsh’s “The Theory of Everything,” featuring a brilliant Redmayne as genius theoretical physicist Stephen Hawking, triumph over “Boyhood,” “The Imitation Game,” “Foxcatcher” and “Selma”?

Awards prognosticators predict Moore’s Best Actress-Drama victory for her portrayal of a woman with Alzheimer’s disease in “Still Alice.” But Jennifer Aniston, who also essayed a debilitating condition, chronic back pain, in “Cake” may pull a coup over Moore, Rosamund Pike (“Gone Girl”), Reese Witherspoon (“Wild”) and Felicity Jones (“Theory…”).

Emily Blunt, as the Baker’s Wife in “Into the Woods,” may block Moore’s chances of bagging a second best actress trophy, this time in the Comedy or Musical category. Moore is in the running for “Maps to the Stars,” along with Amy Adams (“Big Eyes”), Helen Mirren (“The Hundred-Foot Journey”) and Quvenzhané Wallis (“Annie”).

Two other double nominees are Bill Murray and Mark Ruffalo.

J.K. Simmons, as a “terror” college jazz band instructor in “Whiplash,” may win his first Golden Globe on his first time to be nominated. But he faces formidable competition in the Best Supporting Actor field: Mark Ruffalo (“Foxcatcher”), Edward Norton (“Birdman”), Robert Duvall (“The Judge”) and Ethan Hawke (“Boyhood”).

Will Poland and Denmark’s “Ida” continue its winning streak and bag the Best Foreign Film trophy? Its rivals are Estonia’s “Tangerines (Mandariinid),” a surprise contender, a simple yet very effective depiction of the absurdity of war; Sweden’s “Force Majeure (Turist),” Russia’s “Leviathan” and Israel’s “Gett: The Trial of Viviane Amsalem”

In a rare year with no entry from Pixar, the Best Animated Film competition field is also wide open: “Big Hero 6,” “The Book of Life,” “The Boxtrolls,” “How to Train Your Dragon 2” and “The Lego Movie.”

In the TV categories, if former Golden Globe show host Ricky Gervais wins the Best Actor-Comedy or Musical Series award for “Derek” and Fey and Poehler are onstage when he accepts his trophy, it will be one of the evening’s highlights. Gervais is up against Jeffrey Tambor (“Transparent”), Louis C.K. (“Louie”), Don Cheadle (“House of Lies”) and William H. Macy (“Shameless”).

Duking it out for Best TV Series-Comedy or Musical are “Transparent,” “Jane the Virgin,” “Silicon Valley,” “Orange Is the New Black” and “Girls.”

In the Best TV Series-Drama competition, will the critically acclaimed newcomer “The Affair” steal the thunder from “Downton Abbey,” “Game of Thrones,” “The Good Wife” and “House of Cards”?

Will “The Affair’s” Ruth Wilson, in her second nomination (first was for 2006’s “Jane Eyre”), win over Globe “veterans” Claire Danes (“Homeland”), Julianna Margulies (“The Good Wife”), Viola Davis (“How to Get Away with Murder”) and Robin Wright (“House of Cards”) for the Best Actress-Drama Series award?

In the Best Mini-Series or Movie Made for TV Award, Starz’s “The Missing” and FX’s “Fargo” are pitted against three from HBO: “The Normal Heart,” “Olive Kitteridge” and “True Detective.”

Two performers from the same shows, Woody Harrelson and Matthew McConaughey (“True Detective”) and Billy Bob Thornton and Martin Freeman (“Fargo”) are competing for the Best Actor, Mini-Series or Movie Made for TV award. Will Mark Ruffalo (“Normal Heart”) benefit from those four actors canceling each other out and win?

Uzo Aduba (“Orange Is…”), Joanne Froggatt (“Downton Abbey”) and Michelle Monaghan (“True Detective”) are up against Kathy Bates (“American Horror…”) and Allison Janney (“Mom”) in the Best Supporting Actress-Series, Mini-Series or Movie Made for TV race.