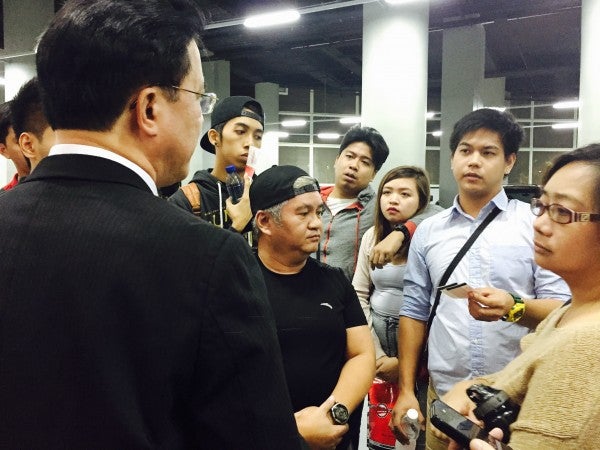 MANILA, Philippines—For the disappointed fans of American singer Chris Brown who stood up the 2015 countdown in Philippine Arena, the organizers have both good and bad news.

The good news: Concert organizer Maligaya Development Corporation has finally answered the fans who bought tickets worth as much as P3,600.

Through the statement read to INQUIRER.net by Iglesia ni Cristo minister Bro. Armand Sorbito, Maligaya said the ticket holders can reach them in contact numbers (044) 931 8101 to 07 “for further inquiries.”

The bad news: The organizer did not assure the fans that they would be able to refund the tickets. Another is, inconvenienced fans will have to wait until January 6, Tuesday, before they could expect Maligaya to address their concerns.

Many fans of Chris Brown were angered after he cancelled his appearance at the 2015 Philippine Countdown at Ciudad de Victoria in Bocaue, Bulacan on New Year’s eve. The event also featured local artists including Bamboo, Sam Concepcion, Enrique Gil, KZ Tandingan and the Japanese girl group Tempura Kidz.

Right after the video message shown to the audience, irate fans demanded the organizers through INC representatives to immediately refund their tickets worth between P725 and P3,605.

Some foreign followers of Brown even flew to the Philippines all the way from Yemen and Africa to watch the artist perform live. To the disappointment of a group of 20-year-olds, they tore up their tickets and tossed them into the garbage bin.