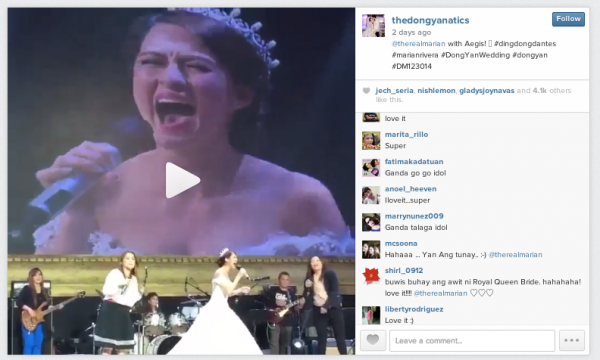 Screenshot of the video of Marian Rivera-Dantes singing with the band Aegis, posted on Instagram by fans.

MANILA, Philippines — It was her wedding day, the reception was in one huge hall and she could do whatever she wanted–and she did.

Rivera-Dantes sang “Halik” with the duo at the Mall of Asia Arena on Tuesday.

The actress could not match the high notes of Aegis but it did not matter because she was Queen Marian.