We know what these entertainment celebrities did for the holidays

MANILA, Philippines—From vacations abroad and beach resort getaways to outreach programs and festive dinners at home, stars have been updating their online accounts of the many ways they are celebrating the Christmas season.

Anne Curtis (@annecurtissmith) in her Instagram post said “Cuckoo Christmas! Hope you’re all having a lovely day with the people you love! Big kisses! #homeSWEEThome,” posing with her mother, brother and sister actress Jasmine Curtis-Smith (@jascurtissmith). Earlier she posted a photo of her packed bags, saying she’s “ready to go.” 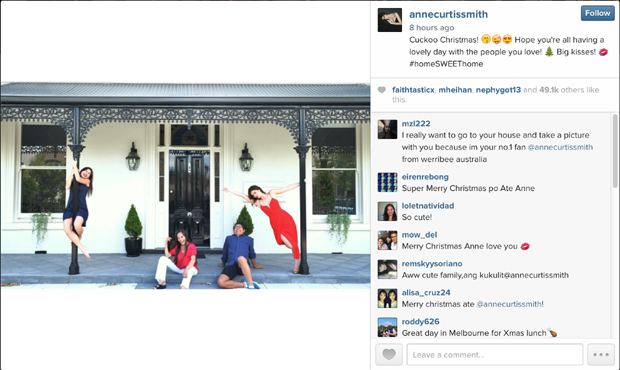 Isabelle Daza (@isabelledaza) was seen running “in the freezing cold,” according to her post. In a previous photo, she said she was off to meet boyfriend Adrien Semblat (@adriensemblat), who in a recent post captioned a photo “Christmas spirit in Strasbourg.” 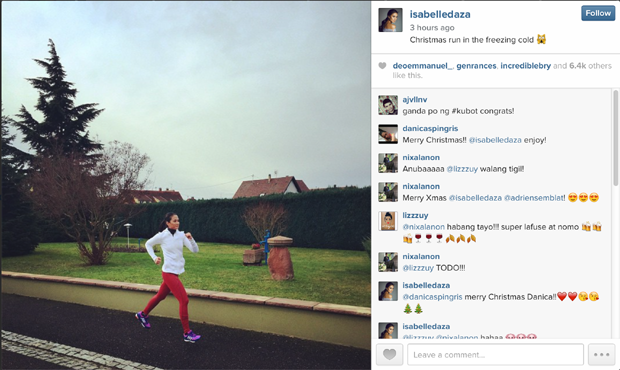 Liz Uy (@lizzzuy) on Monday tagged Buxted Park in East Sussex, England, as her “home for the next five days.” 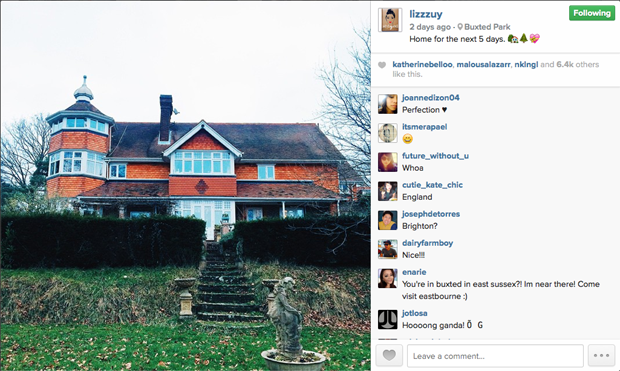 Mariel Padilla (@marieltpadilla) said in her photo that “this vacation is more than (a) year in the making and I’m making the most out of it.” The photo was geotagged in Atlantic City in New Jersey. 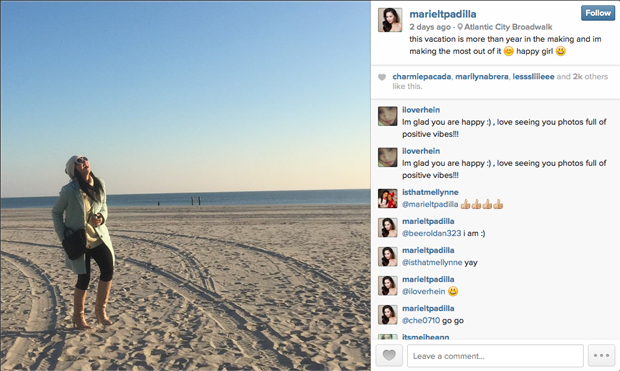 The Prats family was also making the most of their holidays in the US, with John (@iamjohnprats) hashtagging his latest photo “#mexico” and sister Camille (@camilleprats) having a moment with beau John Yambao (@vjyambao1) at the Staples Center in Los Angeles, California. 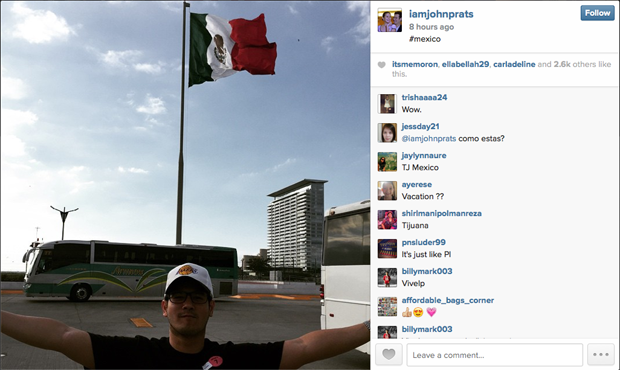 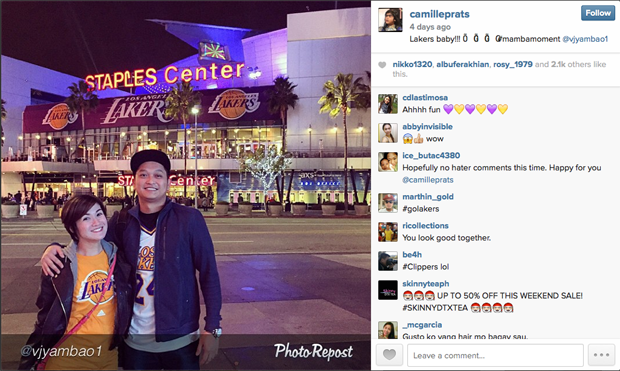 In local shores, Yeng Constantino (@yengconstantino) and family spent Christmas at the resort island of Balesin in Polillo, Quezon province. 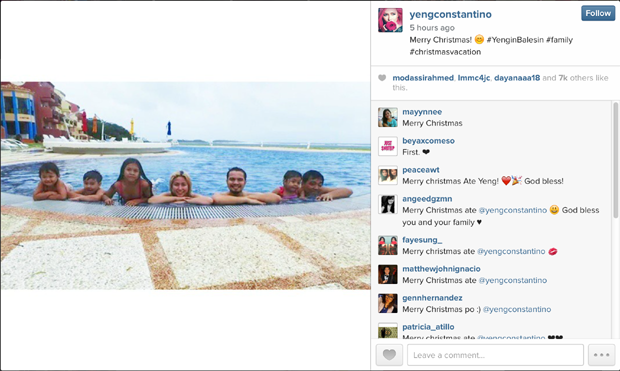 Lauren Young (@lo_young), together with her dog Melo, was “Subic-bound for the holidays.” 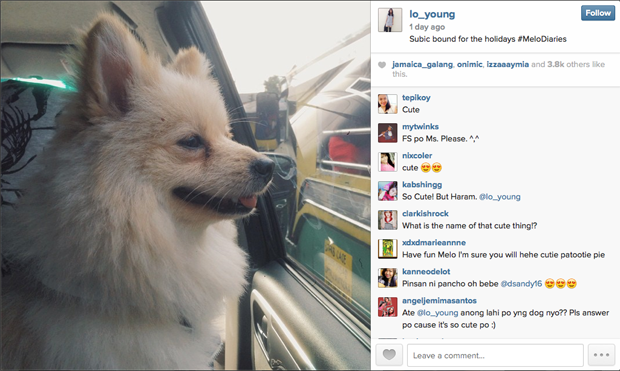 Sharing her blessings, Coleen Garcia (@coleengarcia) spent the day before Christmas at Hospicio de San Jose. “It was only my second time there, but already I found myself attached to some of the children,” she posted on her Instagram account. “Knowing that these kids don’t have families of their own, it meant a lot to us that we got to make them feel like they are not alone.” 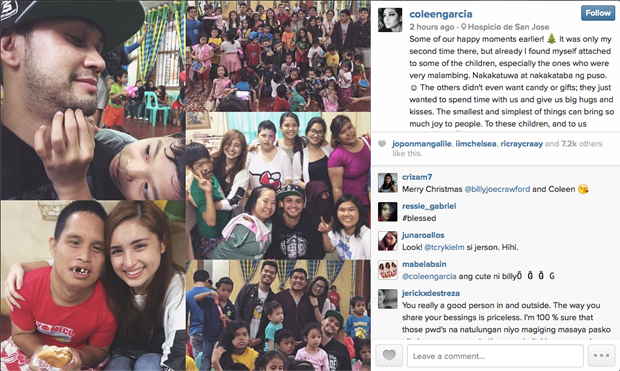 Opting to spend the holidays at home with his family, Doug Kramer (@dougkramer44) posted a photo of himself preparing their noche buena. “Cooking this massive #TomahawkSteak tonight for the family!” he said. “Merry Christmas everybody!” the head of Team Kramer greeted their fans. 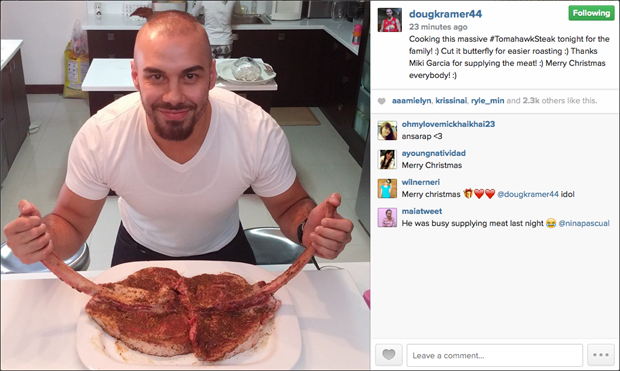