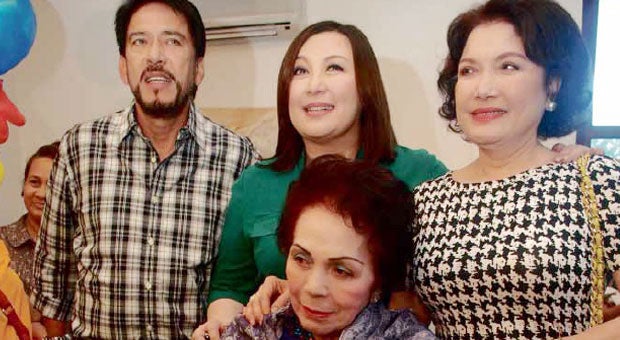 Cuneta’s late father, Pablo, used to be the mayor of Pasay City.

Sotto was however quick to clarify that he was only expressing his opinion and he had not discussed it with Cuneta.

“Hindi n’ya alam. Ako lang,” the senator said. (She doesn’t know about it.)

Sotto added, “Opinion ko na if I was able to invent her showbiz career I can also invent her political career if she wanted to.”

The senator said his niece was still depressed over the death of her mother, Elaine, who passed away on November 5, 2014, following a surgery.

Sotto believes Cuneta regrets not spending more time with her mother because she got busy with her career.

“Nung mawala ang mommy n’ya saka nya na-realize na ang dami pala ng panahon na nasayang na hindi sila nagkasama,” the uncle said. (When her mom passed away, she realized that so much time was wasted without them being together.)

“But she’s getting better,” he added. “I’m sure she can move on very soon.”