Norte’ described as ‘a tour de force of slow cinema’ 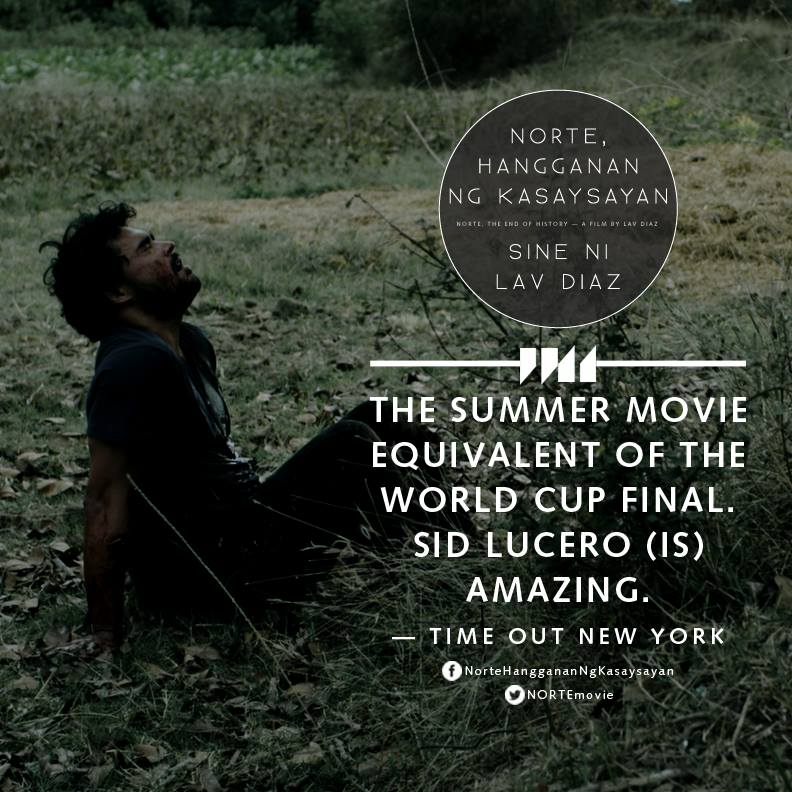 MANILA, Philippines—“Norte” tells the Dostoyevskian stories of a law school dropout and an impoverished couple whose fates are linked, and altered, by the brutal murder of a loan shark.

The official publication of the Film Society of the Lincoln Center in New York, Film Comment, declared Norte its “Film of the Week.”

In a review that came out on June 19, critic Jonathan Romney asserted that length was not an issue in Norte, “with its narrative economy, clarity and gently purposeful forward drive.”

Romney pointed out that Norte was more “streamlined and watchable … [and] feels a lot shorter than the arduous grind of many an artificially busy Hollywood production.”

Scott, however, hastily pointed out that Diaz’s four-hour epic, “something of a sensation at Cannes last year,” was far from “difficult or obscure.”

A “simple act,” the murder of a ruthless usurer, he said, is at the center of the film’s “large and layered narrative, the focal point through which an entire world comes into view.”

Prior to the crime sequence (and its consequences), viewers are lulled into submission, he said. “We need to be calmed, to absorb the rhythms of life in a coastal city… before we can be shocked.”

He summed up Norte as “partly a political fable, a smoldering, meticulous indictment of injustice and inequality.”

Interestingly, he pointed out that the film’s underdog characters bore their misfortune “with dignity” and thus the narrative is “untouched by easy sentimentality.”

He commended Diaz for “patiently surveying the social and physical landscape with his beautiful, asymmetrical wide-screen compositions,” making inequity “an aspect of the local climate.”

The film, he said, showed social injustice as “obvious and intolerable… yet there is no real sense that anything can be done.”

Pessimism, however, is not the message of Norte. In the “harsh story [told to] sometimes devastating effect,” Scott detected glimmerings of hope.

It is not a “document of despair,” he insisted. “Like any true work of art, its very existence is an exhilarating triumph over complacency.”

He lauded “Diaz’s images [as] too rich and lovely to create a lasting sense of doom.”

Scott elaborated: “There is also, above all, an almost inexhaustible humanism at the heart of this remarkable film. It is the work of a director as fascinated by decency as by ugliness, and able to present the chaos of life in a series of pictures that are at once luminously clear and endlessly mysterious.”