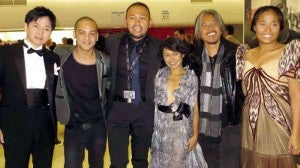 The good news to the local film community was earlier announced by Film Academy of the Philippines head Leo Martinez.

“Norte” recently had a two-week run in selected venues in Metro Manila. It is now being shown in key cities in the provinces.

It had won awards for best film here and abroad.