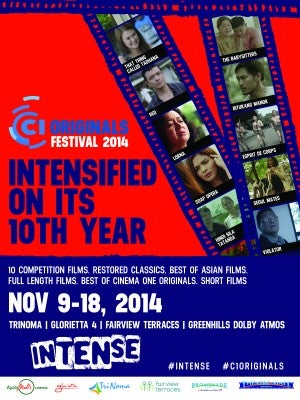 MANILA, Philippines—The ongoing Cinema One Originals has “InTENse” for its motto this year as it celebrates its 10th year.

The festival runs until November 18.

So far, all the movies are already harboring rave reviews from showgoers and critics alike.

For those who haven’t seen any of the films, here are the full schedules at selected Ayala Malls cinemas. 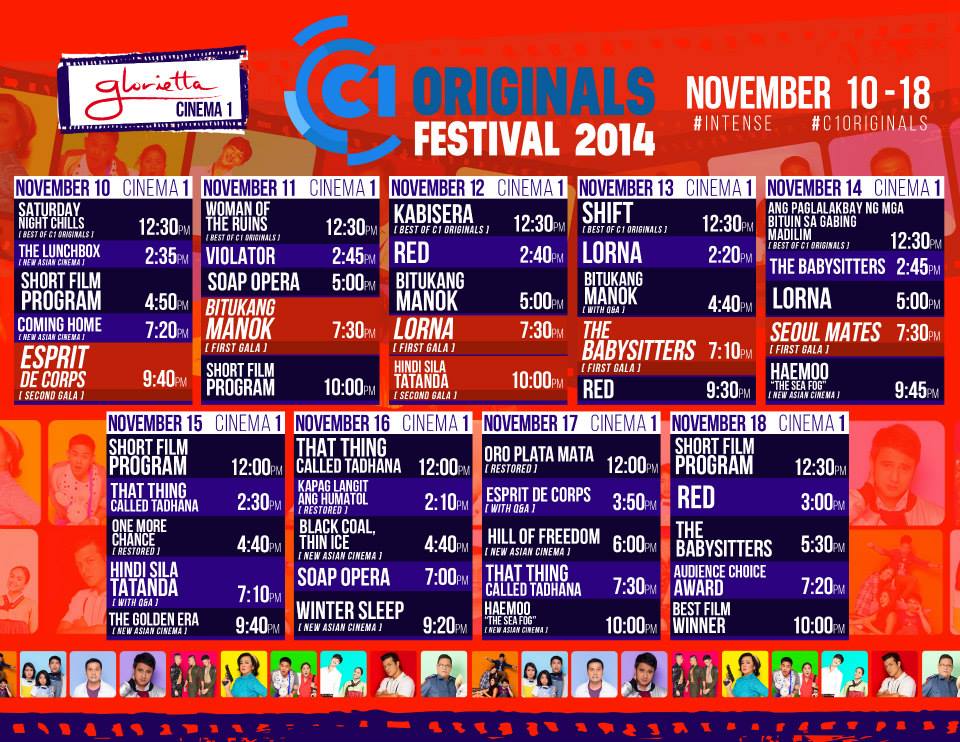 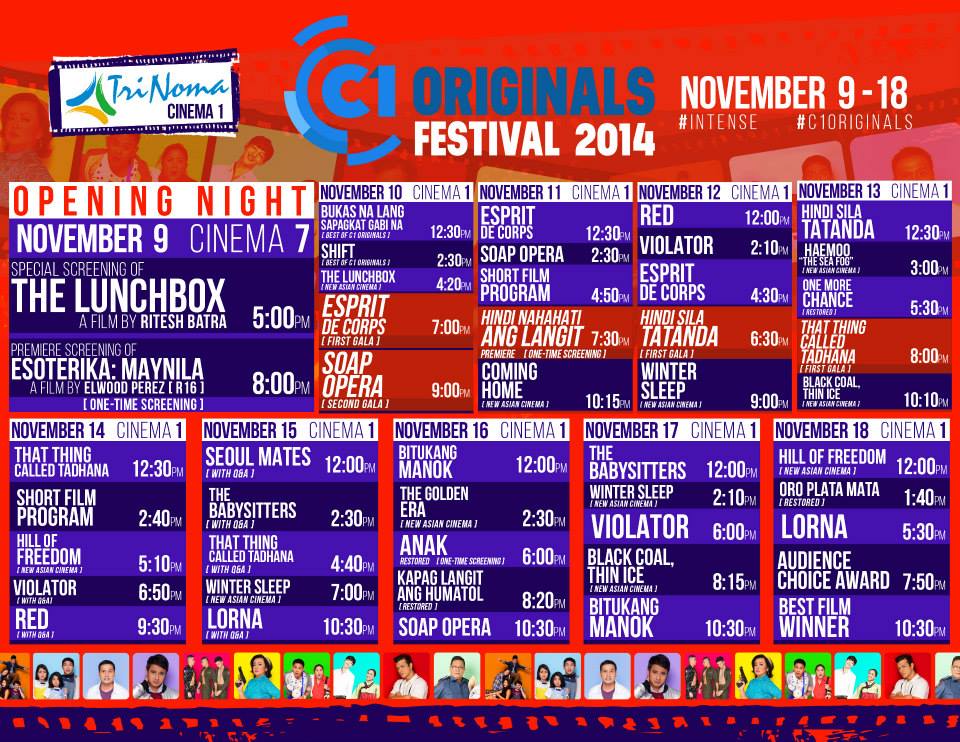 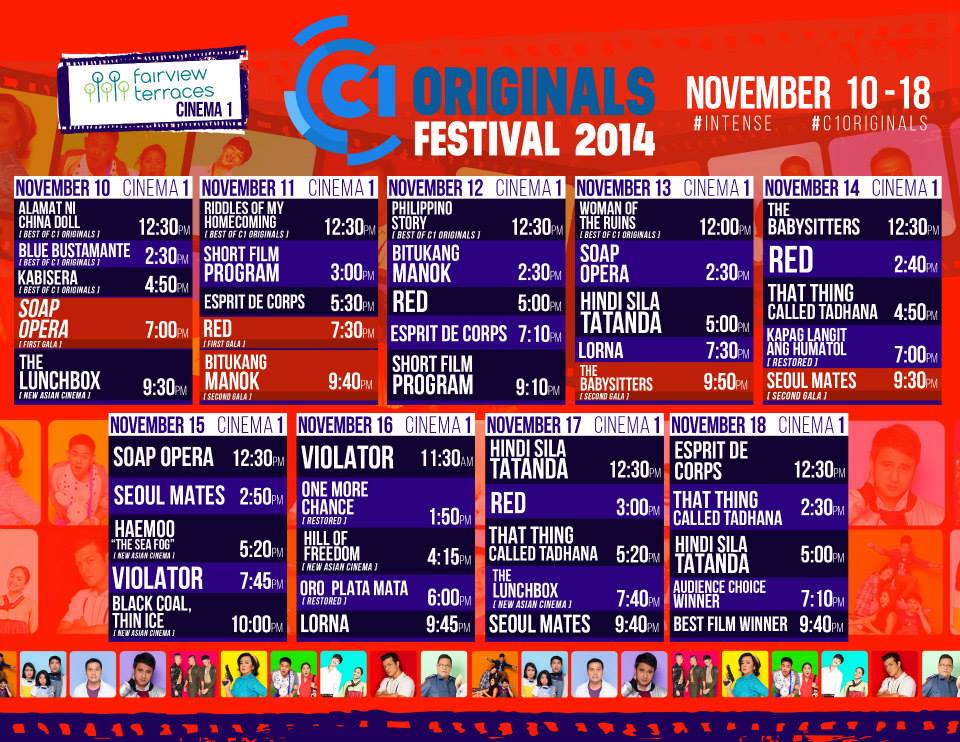 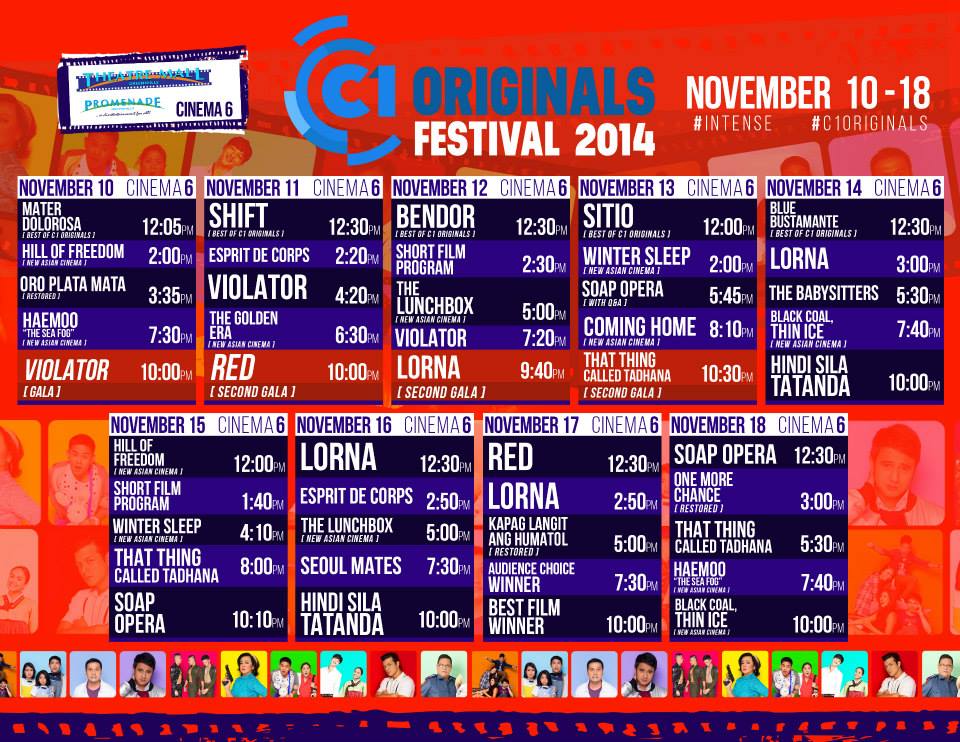