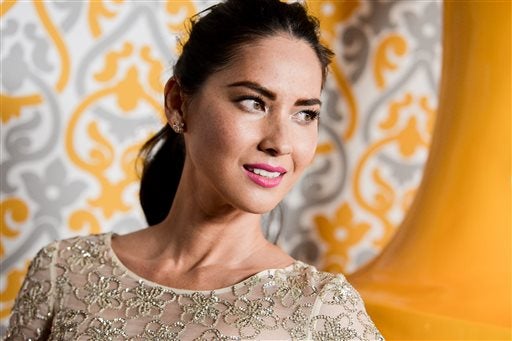 LOS ANGELES — There were neither tears nor cheers at this TV-season premiere.

That’s partly because the cast and crew of HBO’s drama series “The Newsroom” had already moved on. They wrapped the finale weeks ago.

The party Tuesday night at the Directors Guild in Hollywood was simply to kick off the show’s third and last season, which premieres Sunday (9 p.m. EST), and to say “good show” one last time.

“The bittersweet part is the people,” said Jeff Daniels, who portrays the star anchor of a cable-news network struggling with more than ratings. “This was a good group.”

“The Newsroom” debuted in June 2012 to much fanfare and strong ratings. But critics were out-of-the-gate mixed on the series, and fans began to tune out as the first season came to a close. The second season earned generally stronger reviews, and its premiere saw ratings rebound — though it eventually became clear the show would never become one of HBO’s blockbusters, such as Alan Poul’s own “Six Feet Under.”

The network gave a green light to a truncated third and final “Newsroom” season, which is not to be confused with a cancellation, Poul said.

Season three deals with dilemmas surrounding reporting on the Boston Marathon bombings. Network brass face a possible hostile takeover. One key character’s career may be destroyed after a leak of classified government documents.

Co-star Olivia Munn said the series’ legacy is that it inspired a new crop of journalists.

It made viewers “really fascinated with the guy sitting behind the news desk and the girl writing that column,” Munn said. “So I think that was really an exciting thing, and I think it was a great thing.”

Daniels said spending three seasons walking in a reporter’s shoes left him with a greater appreciation of the challenges facing journalists.

“The struggle these guys have between being right and being first,” Daniels said. “It’s so difficult now with Twitter, with Facebook. When news breaks, a lot of people go there instead of waiting for journalists to tell you what’s really going on or what’s true. And the real guys battle that every single day.”