'Twilight' to be revived in Facebook short films | Inquirer Entertainment 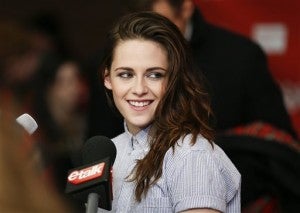 NEW YORK — “Twilight” will be raised from the dead for a series of short films on Facebook.

Two years after the last film of the popular movie franchise, Lionsgate announced late Tuesday that Stephenie Meyer’s world of vampires and werewolves will be revived for a short film competition. The Women in Film organization will help lead a campaign to develop and produce a series of shorts directed by aspiring female filmmakers.

At least five young directors will be chosen to direct shorts based on characters from “Twilight.” Meyer and “Twilight” star Kristen Stewart will be among the panelists selecting the winners.

In a statement, Meyer said she was honored to work on a project “giving more women a chance to be heard creatively.”

No regrets turning down ‘Twilight’