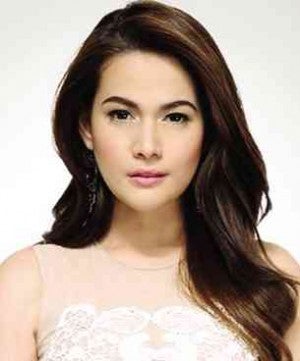 Now that Bea Alonzo’s stellar career is soaring higher than ever with her compelling portrayal(s) in her new teleserye, “Sana Bukas Pa Ang Kahapon,” it’s instructive to hark back to her early performing years, when she was still trying to “find” herself and the performing persona that would enable her to make her own, unique mark on the local TV-film scene.

After all, the industry is overpopulated with mestiza types who all look vaguely similar to one another, so stellar uniqueness is that much more difficult an objective to attain.

In 2002, Bea began her ascent to the top at age 15, joining the cast of the TV drama, “Kay Tagal Kang Hinintay.” Her other series included “It Might Be You” and “Maging Sino Ka Man.”

In 2008, Bea launched her other career as a singer, releasing her debut album for Star Records, “The Real Me.” Eventually, however, she opted to focus exclusively on her acting career, the TV highlights of which involved “I Love You, Betty La Fea,” “Guns and Roses” and “A Beautiful Affair.” Also notable was her being cast as Cory in a drama special on Ninoy and Corazon Aquino.

Some of her TV outings were popuar (the Filipino version of “Betty La Fea” ran for eight months). Slowly but surely, she began making her distinct mark by way of a relatively more focused, felt and “undecorated” acting style, unlike many of her contemporaries, who opted for more generic “cuteness” and “pertness” to divert viewers.

In the movies, Bea has also been given attention-calling roles, but it really wasn’t until “Four Sisters and a Wedding” that Bea made viewers realize what an exceptionally gifted film actress she could be.

What made the film a big success for Bea was the fact that it featured other young stellar talents, like Toni Gonzaga, Angel Locsin and Shaina Magdangal, and yet, after the final fade, it was Bea’s portrayal that viewers remembered—and raved about.

Bea’s exceptional showing in her new TV drama series for ABS-CBN should inspire the TV network’s sister company, Star Cinema, to come up with a new film starrer for her in 2015.

Building on the success of her new teleserye, it should cast Bea in a truly challenging role to further stretch her thespic limits. If that new cinematic showcase materializes, 2015 could end up as Bea’s most significant year to date.