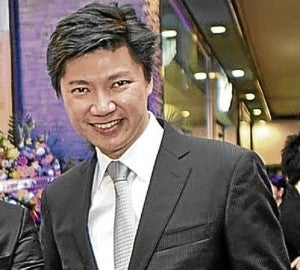 MANILA, Philippines — The Bureau of Internal Revenue (BIR) announced on Thursday it has filed tax evasion cases against a prominent dentist in showbiz circles, two entrepreneurs doing business in the city of Manila, and six more employees of the Asian Development Bank (ADB).

In a statement, the BIR said a criminal complaint has been filed before the Department of Justice (DOJ) against Steve Mark G. Gan, a popular dentist to showbiz figures. He has offices and clinics in the cities of Makati and Manila.

According to the BIR, Gan incurred tax payment deficiencies during the taxable years 2009 until 2011. He allegedly “substantially” under-declared his taxable income by 283.13 percent during those three years, and also did not file value-added tax (VAT) returns. According to the BIR, the Tax Code declares that underdeclaration of taxable income by over 30 percent constitutes fraud.

The BIR said Yamzon was assessed to have a tax payment deficiency worth P10.5 million in 2008, while Chuahiong’s liability totalled P14.32 million in the same year.

The BIR said both businesswomen “ignored” notices informing them of their unpaid taxes. “The respondents’ obstinate failure and continued refusal to pay their long overdue deficiency tax assessments, despite repeated demands, constitute willful failure to pay the taxes due to the government,” the agency said.

Also slapped tax evasion charges were six more Filipinos working for the Manila-based multilateral lender ADB. They allegedly did not pay their proper taxes for their earnings in 2013.

“The agreement between ADB and the government of the Republic of the Philippines states that only officers and staff of the ADB who are not Philippine nationals shall be exempt from Philippine income tax. Thus, [the six] respondents… being ordinary employees of ADB and Philippine nationals, are subject to income tax. However, they all refused to pay any income tax due on their respective ITRs [income tax returns],” the BIR said.

The agency pointed out that it had put up a one-stop kiosk at the lobby of the ADB headquarters wherein Filipino personnel could transact business and accommodate registration, transfer of registration and updating of records, filing of ITRs and payment of taxes. The BIR had also extended by two months the deadline for payment of taxes by local ADB personnel.

These nine additional cases brought to 301 the number of tax evasion cases filed under the Run After Tax Evaders (RATE) program being spearheaded by BIR Commissioner Kim S. Jacinto-Henares.

newsinfo
PH detects local transmission of Omicron subvariant BA.2.12.1
business
Luxe property: A way to build, preserve wealth
newsinfo
House energy committee chair Arroyo bats for cheap electricity
newsinfo
Petition to reverse Comelec decision on Bongbong Marcos’ DQ case reaches SC
newsinfo
OVP: Pilot’s claim vs Robredo ‘never happened’, a ‘malicious fabrication’
pop
Honolulu Café is the cure for your Egg Tarts and Roastings cravings
entertainment
Heart Evangelista gets a ‘no’ from Chiz Escudero after asking, ‘Do I deserve a bag?’
May 17, 2022
newsinfo
CebuPac places pilot under disciplinary review after ‘baseless’ post vs Robredo
May 17, 2022
newsinfo
Man posing as Marcos spox revealed to be an inmate in Bilibid — Guevarra
May 17, 2022
newsinfo
Closure order vs Megaworld Corp halted as firm vows cooperation with BIR – exec
May 17, 2022
newsinfo
Young, poor and from minorities: the Russian troops killed in Ukraine
May 17, 2022
opinion
Leni and the future of the Pink Movement
May 17, 2022