The American sitcom “Friends With Better Lives” has familiar, even typical comedy trappings, in that Caucasian buddies hang out a lot and yak about their relationships, sex lives, and their elusive search for happiness/perfection/the one.

The 30-something spouses Bobby and Andi (Kevin Connolly and Majandra Delfino) seek to rekindle the sexual spark in their years-long relationship.

Bobby’s pal Will (James Van Der Beek) is recovering from his divorce from his high school sweetheart, while Will’s female wingman/frenemy Kate (Zoe Lister-Jones) is a successful single woman who secretly longs to get hitched.

Their ex-model friend Jules (Brooklyn Decker) has a new boyfriend, Lowell (Rick Donald), an Aussie hippie who’s so in love with her that he proposes to her just weeks after their romance started.

The half-hour series is created by Dana Klein, former supervising producer of “Kath and Kim” and “Friends,” which explains the ensemble comedy’s wacky, relationship-centric dynamics.

The interesting cast members—Delfino from “Roswell,” Connolly from “Entourage,” Van Der Beek from “Dawson’s Creek,” etc.—form an appealing, attractive group, mostly tried and tested for this type of semi-chaotic endeavor.

The humor, however, is predictable. “Friends” practically opened the floodgates for this type of comedy and excelled, although it got pretty repetitive throughout its decade-long run. “How I Met Your Mother” similarly used the rom-com/dating formula and milked it thoroughly (and ended rather polarizingly). There are bits of both in “Friends With Better Lives,” but there are also touches reminiscent of “Sex and the City” and—though it doesn’t get as weirdly lewd—“Two and a Half Men.”

It establishes its more risqué “branding” early on with scenes like Jules eating a bacon cheeseburger sensuously after tiring of her beau’s vegetarian dishes, and Will attempting in vain to escape from bed after being kinkily tied with Christmas lights by a partner. The sequences aren’t laugh-out-loud funny, but they’re strategically placed, and elicit their share of snickers. Episodes don’t get a lot of ’em, but they do have some moments.

A standout character is the  initially snooty and seemingly unlikable Kate. But her high-and-mighty demeanor is made distinct by Lister-Jones, who consistently provides meaningful vulnerability and sensitivity during otherwise unmemorable scenarios. 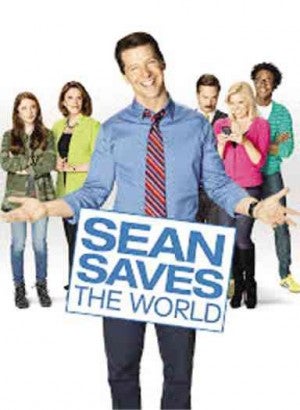