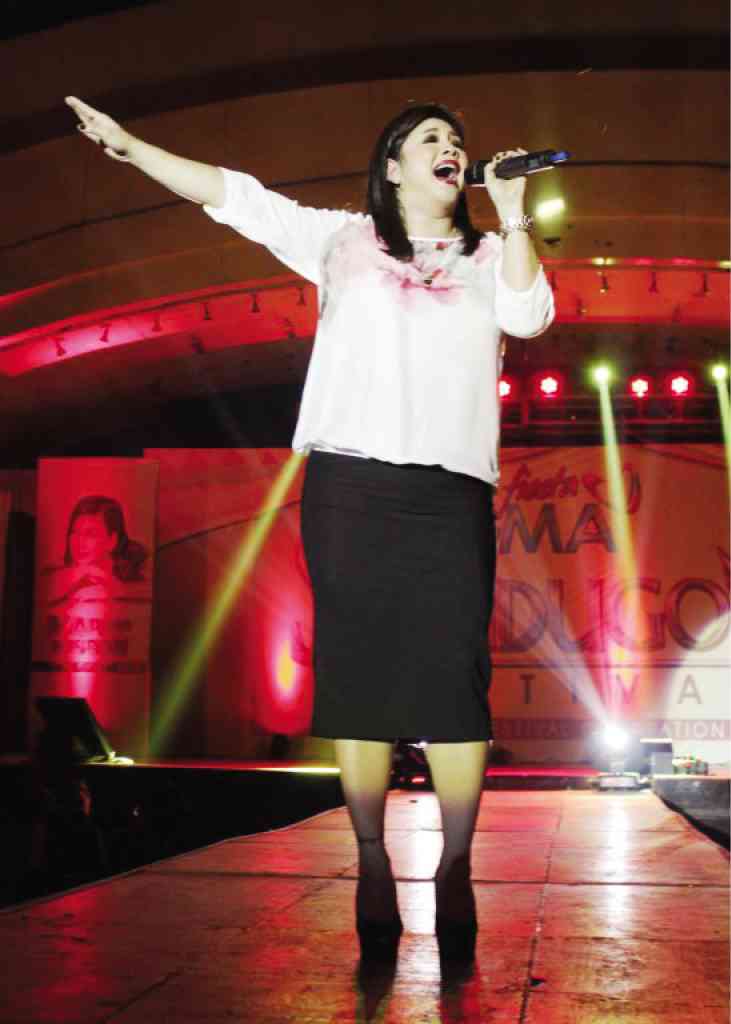 TAGBILARAN CITY—This year has seen  Regine Velasquez-Alcasid traveling and headlining fans’ days via GMA 7’s annual regional tour—which she has wanted to do since giving birth to her first child, Nate.

She has visited six cities, and the experience, she says, has been rewarding, even amusing at times. The rain seems to follow her, for one thing. In Boracay last May, she had to hold an umbrella while performing. 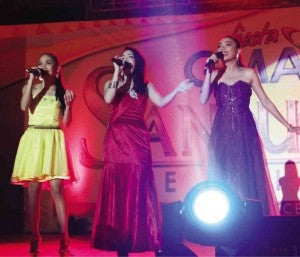 Indoors
Thankfully, the recent Kapuso event held in the Bohol capital was held indoors, so local revelers celebrating the Sandugo Festival were treated to an uninterrupted night of games, music, dance and laughter.

Aside from singing her signature repertoire of soaring hit songs, Regine endeared herself to the Bol-anon audience at the Bohol Wisdom School gymnasium by bantering with them in Bisaya. The 44-year-old celeb said she learned to speak the language when she and her family moved to her mother’s hometown in Hinundayan, Southern Leyte when she was 5 years old. She further impressed by singing the classic Visayan song “Usahay.”

Regine said she was happy to entertain her Bol-anon fans, who had endured a deadly earthquake and strong typhoons in the past year.

“I appreciate you guys coming here,” she said, “but I still have to sing ‘Tuwing Umuulan (at Kapiling Ka), sorry!’” she quipped, drawing laughter. 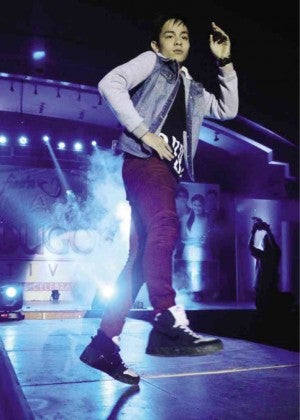 In an interview before the show, Regine said she felt extra special about this trip, “because of the things that have happened here, which make my visit more meaningful.”

“I want to make the people happy and give hope through our show. I wish it could inspire them a little,” said 15-year-old Miguel, who thrilled fan girls in the crowd with “Hinahanap-Hanap Kita.” Miguel was a “Startruck Kids” finalist.

Julian, who’s also part of this year’s Cinemalaya film festival entry “Ronda,” said that “Filipinos can definitely wear a smile even after hardship.” The 16-year-old actor is quite the dancer, grooving to hits by Psy and John Legend.

Bianca Umali, on the other hand, channeled Nicki Minaj, rapping on top of singing and dancing. She stressed that “as long as we have one another, we can go through anything.” 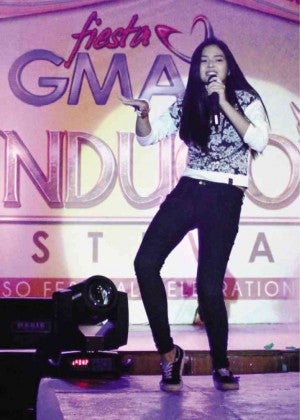 Meanwhile, it turned out that Regine’s recent tour is also a preparation of sorts for the coming reality-talent show “Bet ng Bayan,” which she will cohost with Alden Richards. Regine will be going to different key cities around the country in search of the best singers, dancers and novelty acts.

“Instead of the contestants going to Manila to audition and compete, we will be going to places that are nearer to them. This also means that we can tap a much larger talent pool,” she said. “Each region will have representatives, who will then compete against each other in the finals.”

“Bet ng Bayan”—which recently held auditions and is tentatively set to premiere in December—has three categories: “Bet na Singer” (open to soloists and singing groups of up to two to five); “Bet na Dancer” (open to dance troupes of up to 12 members); and “Bet na Kakaibang Talento” (open to individuals and groups of up to six members with unusual talents or skills).

Regine, who has hosted such singing tilts as “Star for a Night,” “Search for a Star,” “Pinoy Pop Superstar” and “Are You the Next Big Star?” said she was looking forward to hosting “Bet” and finding new talents in the process. “The singers usually relate with me since I’m also a product of contests. I know how they feel,” she said. “I miss meeting new, young talents who I can mentor, too.”