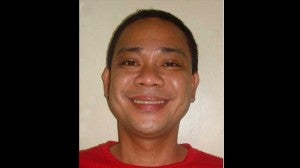 MANILA, Philippines—He may be a funny man, but now he’s facing problems that are no laughing matter.

Forty-two-year-old comedian Jobert Austria, mainstay of ABS-CBN weekend gag show “Banana Nite,” is facing police complaints after attempting to jump off from a hotel on Saturday.

Based on a report reaching the Quezon City Police District (QCPD) headquarters on Sunday, Austria is being held liable for alarm and scandal as well as illegal drug use.

At around 12:56 p.m. on Saturday, a shouting Austria had to be pulled in from the edge of the sixth floor of a Sogo hotel branch located on Quezon Avenue corner Roces Avenue in Barangay (village) Paligsahan.

Responding barangay (village) public safety officers and firemen called by the hotel had to haul Austria back into his room.

It was not immediately clear why Austria was renting a room when he is identified as a resident of Victoria Towers condominium on Panay Avenue in the same barangay.

According to the police report, a sachet of suspected “shabu” was recovered from Austria’s rented hotel room, when the SOGO manager and two of Austria’s friends responded to the commotion.

“It seemed [Austria] was desperate, and was on drugs,” the head of the QCPD Anti-Illegal Drugs Unit, Senior Insp. Roberto Razon, said  in a phone interview on Sunday, though declining to give further details.

Police apprehended Austria as he left the hotel accompanied by friends at around 3 p.m.

Razon said after undergoing police investigation, the comedian was turned over to a rehabilitation center.