MANILA, Philippines—The lead actors of the Japanese hit movie “Rurouni Kenshin” were overwhelmed by the warm welcome of Filipino fans during a press conference held recently in Makati City.

The fans loudly cheered for the lead actors Takeru Satoh and Munetaka Aoki and its director Keishi Otomo as they arrived for the press conference.

“I am glad I came. I am now in love with the Philippines and the reception you have shown us and the movie is really shocking” Sato said. 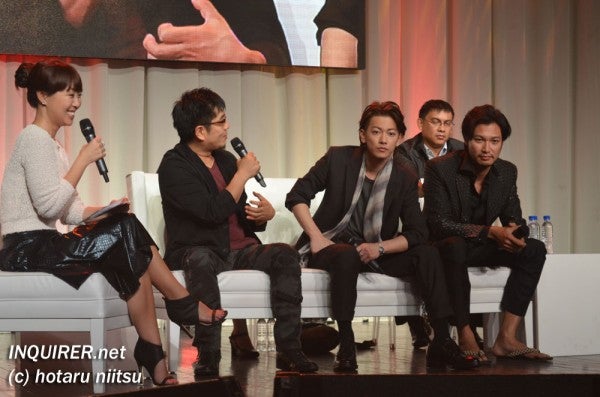 The lead actor hopes that the warm reception of their Filipino fans would pave the way for more Japanese movies to the country.

The actors and the director graciously took questions from the media.

According to Sato, the movie may have appealed to Filipino viewers because action movies have one language and everybody could appreciate it.

During the press conference, fans brought with them posters, miniatures and Manga series books to show their support for the Japanese actors. 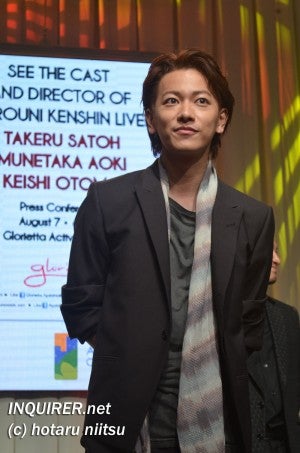 Lucky fans were given the chance to meet onstage and hug the actors.

The actors reciprocated the warm welcome of their fans and thanked their Filipino viewers for their continued support.

“Rurouni Kenshin” is based on the Japanese Manga series written and illustrated by Nobuhiro Watsuki in 1994.  It was later adapted into an animé series in 1996.

Most Filipinos, however, know the TV series by another name—Samurai X.

The fast-action film by Warner Bros. Japan begins its regular run in the country on August 20.

At the Asian Premiere of ‘Rurouni Kenshin’