How stars cope with bashers, haters and paparazzi | Inquirer Entertainment

How stars cope with bashers, haters and paparazzi 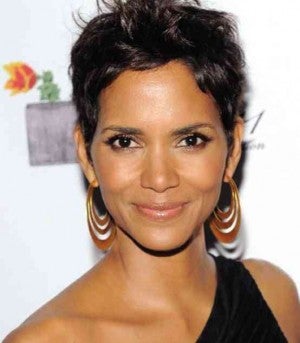 BERRY. Bats for laws that protect children of celebrities.

In this age of social media and paparazzi, celebrities are forced to live exceedingly public lives, whether they like to or not.

It’s gotten so bad that some stars have started hitting back, like grabbing paparazzi’s offensive and intrusive cameras, especially when the celebrities are on a family outing with their young children—who should be spared all of the unwelcome attention, and grow up away from the glare of still and video cameras, like everybody else.

After all, the paparazzi say that stars are “public property” because they make a lot of money from acting, which is a very public profession. —But, their kids don’t. They just happen to be the  children of celebrities, so why should they have to bear the burden of living completely in the “aquarium” of stardom, as well? —Why, indeed?

Other stars who don’t want to physically assault or confront intrusive paparazzi who cross the line are now resorting to legal remedies, which are more effective in the long run.

Stars and mothers like Halle Berry and Jennifer Gardner have urged legislators to come up with a law that protects the children of celebrities from being hounded by paparazzi, who can make thousands of dollars from selling a particular “exclusive” photo of a star or his child doing something interesting, controversial or scandalous.

Most recently, singing star Adele was able to get a judge to rule in her favor when she sought to prevent a publication from running an unwelcome photo of her little boy. If the case is settled out of court, the fine will be put in a fund for the boy’s college studies.

What about bashers and haters? Local celebrities join their foreign counterparts in thinking up ways to insulate themselves from their anonymous critics’ hateful and hurtful attacks: KC Concepcion advises other stars to ignore comments “by people you don’t know, who judge you despite the fact that they don’t know why you’re doing what you’re doing!”

For his part, John Lloyd Cruz realistically notes that stars can’t prevent faceless critics hiding beneath the cowardly mask of anonymity from making vicious comments. So, they shouldn’t give those critics the power to affect them, and just let the provocation pass.

Another luminary admits that stars do get hurt by cruel comments—they’re only human, after all. But, to protect themselves, celebrities should learn to be strong and focus on coming up with their best performances.

A female star’s way out is not to read negative comments about her as a private person. She finds it funny how some people follow her on Instagram even if they profess to “hate” her and everything she does!

Other young stars second the motion: Constructive criticism can teach you how to improve your work, but obviously “nega” notes for the sake of being negative to the point of being viciously hurtful aren’t worth a star or starlet’s time. —So, the sooner the celebrity blithely gets over them, the better!

As for Gretchen Barretto, she chooses to see bashers as a sign that a star has an “impact” on the viewing public, so she chooses to be more positive and even welcoming in the way that she relates to them.

Finally, Boy Abunda advises stars to have a strong “support system” of family and friends “to honestly tell you who you are and what you’re doing, so you don’t need subjective bashers to more viciously do the same thing!”