She has a new passion that indulges her need for speed
By: Bayani San Diego Jr.
Philippine Daily Inquirer / 12:55 AM July 14, 2014 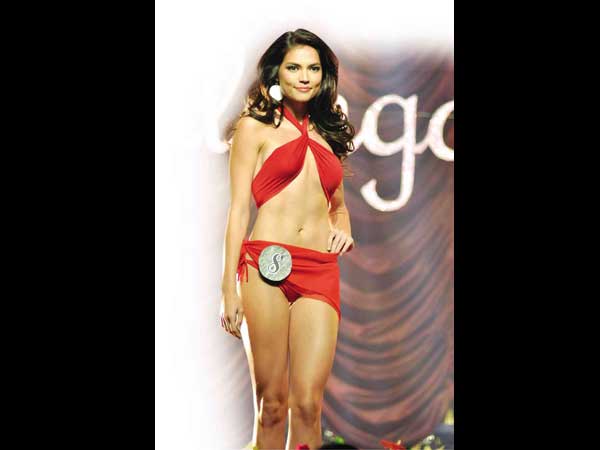 She’s often typecast as a willowy and winsome heroine onscreen. In the new GMA 7 primetime series “My Destiny,” she plays a perky pageant wannabe. Who knew she was a speed junkie in real life?

Away from the cameras, Kapuso actress Rhian Ramos has found a new hobby: Car racing.

She motors to Clark Field, Mabalacat, Pampanga, once a week, to indulge her need for speed.

“I’m part of the Zios Cup One Make Race,” she tells the Inquirer. “I had a race last January and May. I am preparing for a race this month (July 26) and in October.”

She considers herself a newbie on the racetrack, having picked up the pastime barely a year ago.

“Everyone has his or her own driving style,” she explains. “I’m trying to develop a style that’s a cross between being a safe driver and a daredevil.  You can become so focused and disciplined on the track, that you avoid taking risks that can benefit you in the end.”

It’s a balancing act, she confesses.

She can’t apply the tips she has picked up on the racetrack on the city’s lawless roads, though.

“I don’t enjoy city driving,” she admits. “First of all, the traffic’s bad. The buses are bullies. The jeepneys stop whenever and wherever they like. It’s as if everyone is racing, in a rush to go home.”

It’s infuriating, she concedes. “I get to let it all out, all my pent-up emotions, on the race track.”

Apart from becoming a top-notch racer, another item on her wish list is establishing her own clothing business.

“I’ve always had a passion for design,” she relates. “I design furniture pieces. But furniture is too expensive to make and sell so I’ve decided to switch to fashion … I can make stylish clothes that my followers can afford.”

She jokingly refers to her sartorial style as “half-boy, half-girl.”

“Now I’m into loose tops paired with short shorts. My designs are very relaxed, comfortable. I love streetwear,” she remarks.

Swearing off the distractions of romance, she likewise vows to focus on acting.

Playing a “professional pageant contestant” in “My Destiny” taught her a thing or two about the business of beauty.

“We had a pageant coach on the set,” she recalls. “I picked up lots of pointers. Mga tricks of the trade: Putting petroleum jelly on your teeth to prevent them from drying up, applying hairspray on your bikini bottom to avoid wedgies, dabbing concealer all over your body to look flawless.”

She has discovered that she’s not cut out to be a beauty queen. “After the taping, my cheeks hurt from smiling all day.”

She also found the time to act an indie film, “Silong,” the directorial debut of singer-actor Jeffrey Hidalgo.

“Jeffrey knew exactly what he wanted, in terms of the look, tone and feel of each scene. So it was a breeze working with him,” she says.

Which was crucial because she had a nerve-wracking “daring” scene in the movie, she owns up.

Luckily, she had Piolo Pascual as her partner. “He was protective of me. He’s also very funny especially when it’s already past midnight. He would crack jokes to keep the energy high on the set.”

With her full schedule, she’s too busy to have a love life, which she jestingly describes as “nonexistent.”

“It’s out of choice. I want to focus on myself first … on my family, on my work. I’m 23; I’m at a stage in my life when I should be allowed to prioritize myself. It’s solo time for me. It’s my growing-up time.”

After the stormy affair with Mo Twister and her recent breakup from KC Montero, she hasn’t developed a fear of intimacy, she insists.

“With KC, I learned how important respect is in a relationship,” she recounts. “KC was always kind and supportive. It’s important to be in a relationship with someone who wants only the best for you, who inspires you to be better. I guess, that’s why it’s easier for KC and me to remain friends even after splitting up.”