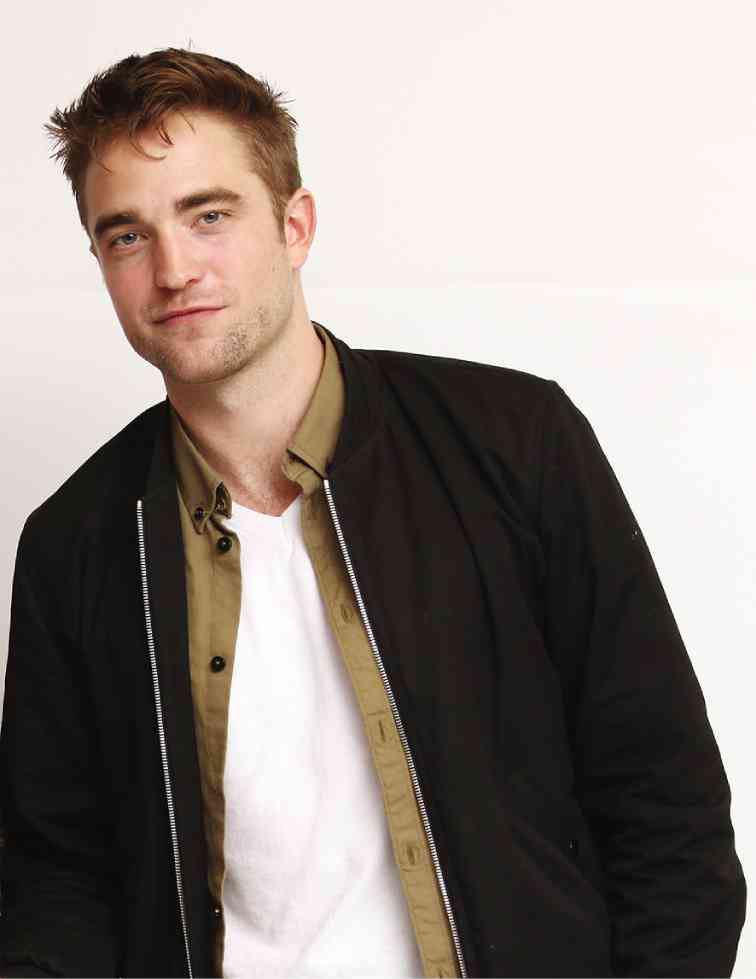 LOS ANGELES—“Don’t hate me ’cause I’m beautiful/ Don’t hate me ’cause I’m beautiful/ Now do the pretty girl rock, rock, rock.” Robert Pattinson singing along to Keri Hilson’s “Pretty Girl Rock” playing on the radio in his car, before a violent moment, is a rare humorous relief in David Michod’s “The Rover.” It prompted a question in a recent interview at LA’s Four Seasons on whether Robert plans to record an album anytime soon.

“I’m always trying to figure out how… but it’s quite difficult,” replied the actor, looking boyish with his short haircut, dark pants, black jacket over a brown shirt and white tee. Laughing, the 28-year-old Robert said, “I want to do it before I’m 30 because I think it gets slightly embarrassing after [that].”

Robert revealed that, originally, he was to sing along to The Pussycat Dolls’ “Don’t Cha.” (That would have been a hoot, too.) “But David e-mailed me that Keri Hilson song,” he said. “I thought it was a new song. I didn’t realize it had like 500 million (actually 48 million plus) views on YouTube.”

He explained, “Initially, David was saying that he wanted me to sing it like it was my favorite song—loudly in the car. Luckily, it didn’t end up that way. That would have been a bit too random. But the song is perfect in the movie.”

In “The Rover’s” post-apocalyptic world set in Australia’s Outback, Robert’s Rey and Guy Pearce’s Eric make an unlikely pair hunting for a stolen car. “It’s strange because people are interpreting the movie as being really bleak,” countered the London native. “But [I’m playing a] character who has no memory of what happened before. He’s relatively at ease. It was a really fun part. I wasn’t thinking about it [as] bleak.”

WITH Guy Pearce (left) in the post-apocalyptic crime-drama “The Rover”: An unlikely pair.

In that context, Robert expressed an optimistic view of humankind despite the film’s desolate, barren landscape that doesn’t seem to offer any hope. “I think humanity [stays] pretty much the same, generation after generation,” the erstwhile “Twilight” star declared. “Everybody thinks the world is going to sh*t all the time.”

Laughing again, Robert stressed, “It ends up being all right. I think that, essentially, humans are pretty good.”

With his character seemingly in danger of being killed any minute, Robert was asked what he would do if he had only a day to live. “I guess I should say, ‘I would hang out with all the people I love.’ But probably, I [would] just want to go crazy.”

Like, do what crazy stuff? “God, I don’t know,” he said with a grin. “I might like to just walk around the Times Square naked or something.”

Wouldn’t he be scared to have kids if the future was as grim as presented in the crime-drama? “I will definitely bring kids [into the world] or maybe I’m just ignorant,” he answered. “I do live a very specific kind of life.” Chuckling yet again, he quipped, “I can just stay in my swimming pool all day.”

Asked how he deals with anxiety, Robert’s reply was still humorous: “I would love to go into therapy but it makes me too anxious.”

He elaborated, turning just a bit serious: “I have talked to a lot of people about it. I like my anxiety in a funny way. I like my peaks and troughs. I used to get such crippling anxiety before auditions that, every time I did, I’d want to quit acting after. So it would be physically painful.

“The audition process (for this movie) was so long. It was like a four-hour audition. For the first 45 minutes of walking into almost any room, I had to deal with my own neuroses before I could do any kind of acting. I think David recognized that. If you let yourself calm down, then you’re fine afterward.”

Discussing his bouts with depression, Robert shifted back to a laughing mode as he cracked, “I have to wallow in it. Luckily, it never lasts that long. That’s the good thing about being manic.”

He squashed the buzz that he’s going to be the next Indiana Jones. “I [notice that] every few months, someone comes up with a story specifically with the intention of having 50 bad replies on Twitter. All these people saying, ‘Robert is ruining my dreams’ (laughing). I didn’t even know they were rebooting ‘Indiana Jones’ until someone asked me about it.”

He continued: “I’m always a bit wary of stepping into the shoes of an already established character. It’s scary, especially because you’re already fighting so many expectations before you even start doing the job. That’s the thing with franchises. You have to commit 100 percent. If you’re in a five-movie series, you can get so down afterward.”

With “Twilight,” he said, after reading the first three books, “I had an idea of what I wanted to do. I had never experienced being in a series. It’s a massive undertaking. It’s nothing like doing an indie for two months. It’s completely different.”

He stressed that he “looks at everything,” including potential franchise projects. “I wouldn’t have any problems playing a vampire again,” he said.

“I’ve never really been one of those actors who are thought of for superhero parts,” he volunteered. “I’m open to absolutely everything. Most of the jobs I do, I never saw them coming. Like with ‘The Rover,’ I was not at all like, ‘Oh, I want to play this specific character.” 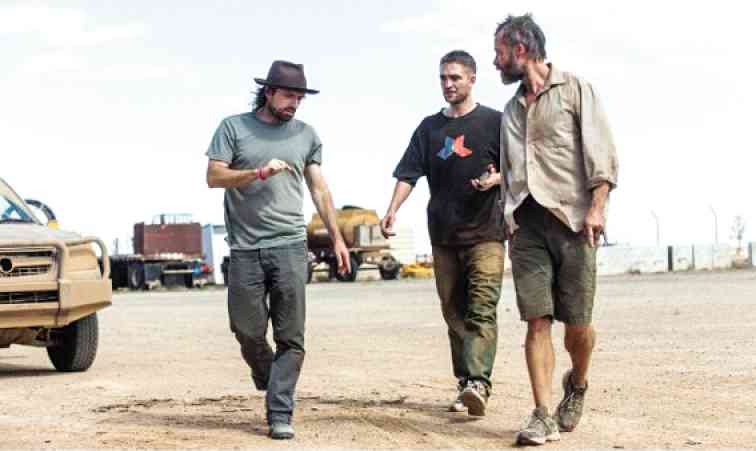 The actor, who also top-bills David Cronenberg’s “Maps to the Stars,” explained what he looks for in scripts that come his way. “I don’t really [regard] it from the perspective of the stories; it’s really more of the character stuff. I never really look at a script as a whole. I’m doing this movie (‘Idol’s Eye’) with Olivier Assayas at the end of the year. It’s a big ensemble thing. But I know exactly what my character’s about. There is something specific about it. It’s new, especially in a gangster movie. It’s an interesting take on a criminal’s psychology.”

He never considers projects in terms of genre. “But I’d like to do a comedy at some point. But it’s that vague—I’m not really seeking stuff out.” He’d be perfect in a comedy, based on the humor and charm he exhibits at interviews.

This Brit, who admitted that he’s grown to really like LA, said with a chuckle again, “Most of the directors I’m working with are basically people I loved when I was 17. I still watch the same movies but I also watch a ton of stuff that’s for work, or for enjoyment. I watched ‘Last Vegas’ the other day. I thought it was amazing. I was crying my eyes out. ‘The Lego Movie’ is my favorite movie of the year.”

On the fun perks of fame, Robert remarked, “Meeting people—it’s so crazy sometimes. I was in London recently and in some place, David Beckham walked through. He was like, ‘Hey, man!’ It was so crazy. I am still like a little child in terms of that.”

He fully knows how blessed he has been. “I am extremely lucky, which always makes me a little bit nervous,” he commented. “I don’t quite know why I got so lucky. It’s just ridiculous. I’m pretty happy.”