NORA Aunor’s exclusion from the list of national artists is a hot topic even in the groves of academe. ARNOLD ALMACEN

Did you think it was over? A forum that will tackle the exclusion of actress Nora Aunor from the 2014 National Artists list is slated on Wednesday at Ateneo de Manila University.

“The Nora Effect: A Forum on the Crisis in the Order of National Art” starts 4:30 p.m. at Room 102 of the university’s Convergent Technologies Center (CTC).

Controversial Newsmaker, right after a stressful appointment, decided to treat fans and friends to a fast-food meal.

To expedite the orders, CN bought a party package. As the group sat down to the meal, Restaurant Manager sauntered in brandishing a microphone and announced a surprise guest: A mascot!

CN was stunned silly, but recovered soon enough to start posing for snapshots with the furry guest.

NN is too young for PH, with almost a decade between them, but she seems smitten.

Or perhaps she sees a bleak future in the biz, and knows that being PH’s girl is her brightest prospect at this point. 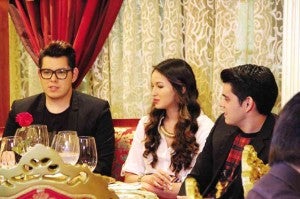 TROUBLE in paradise: In their reality show, Raymond Gutierrez (left) infuriates twin Richard, who has brought girlfriend Sarah Lahbati on a family vacation.

Who knew that tall and slim Charming Heartthrob had such a big appetite?

Recently, after a show out of town, CH piled up all sorts of chow on his plate. Notoriously haughty, CH proceeded to show he was really one of the guys—by eating with bare hands!

It wasn’t a pretty sight, and he left quite a mess on the table. He needs a refresher course on table manners.

Did Striking Celeb see it coming? SC kept babbling that everything was fine and dandy on the set of a high-profile project.

Alas, this attempt at damage control was in vain. SC still got the boot, having stepped on the toes of PC’s Attack Dogs, who were quite vindictive and never forgave SC.

Glamorous Personality can be overly thrifty. At the workplace, rather than spend on food, GP would choose to go hungry— or wait for coworkers to order takeout, and then pick at their food!

Even for her clothes, GP depends on sponsors, wearing anything from designer-friends, even ill-fitting and ugly pieces.

Call her “Madame Curie.” As in, kuripot!

In tonight’s episode of “It Takes Gutz to be a Gutierrez” on E!, Richard walks out in the middle of dinner because of something that twin Raymond said.

Lorin and Venice attend a magic class with their mom and grandmother—and Annabelle accuses Ruffa of flirting with the magician! 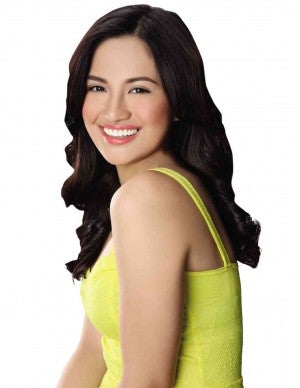 FOR JULIE Anne San Jose, romance is not a priority right now.

NEW YORK—Police say Shia LaBeouf has been taken out of a New York City theater for being disorderly and disruptive.

It happened Thursday night at Studio 54 in Manhattan during a performance of the Broadway show “Cabaret.”

A spokesperson for the show said the actor was “disruptive during act one” and was escorted out of the theater at intermission.

The 28-year-old, whose films include “Indiana Jones and the Kingdom of the Crystal Skull,” “Disturbia” and “Wall Street: Money Never Sleeps” was charged with disorderly conduct and criminal trespass. AP

This week’s top show biz news in the Inquirer tabloid Bandera (and why we are moved, if we are  moved): 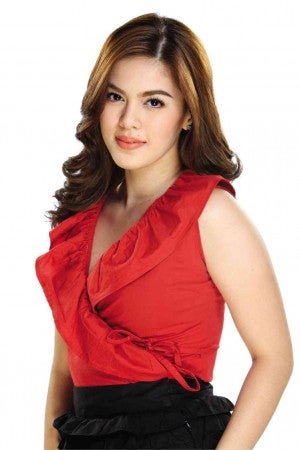 Noranians to P-Noy: National Artist ang award, hindi naman gagawing santo! (For once, we agree with them.)