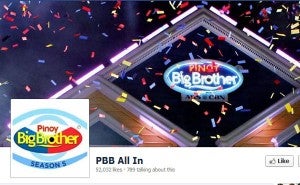 MANILA, Philippines—“Give value for a deep sense of respect.”

This was the call of Fr. Conegundo Garganta, executive secretary of the Catholic Bishops’ Conference of the Philippines (CBCP)—Episcopal Commission on Youth, to the producer and contestants of the controversial reality show “Pinoy Big Brother” following what critics denounced as its “derogatory portrayal of women” after two of its contestants were challenged to pose in the nude for a painting.

“To all the concerned parties, place value for a deep sense of respect. There has to be a clear and well thought of parameters that genuinely promotes the dignity of every person. Entertainment should be seen as an avenue for the providers and recipients to attain realization of the person’s integral development and formation,” he said.

Garganta said the rightful authority should step in and serve justice where necessary.

“Since (Jayme) Jalandoni already made a manifestation about being taken advantage of, then I believe the rightful authority has to come in and serve justice. I understand that this issue has already been brought to the competence of the Movie and Television Review and Classification Board (MTRCB),” he added.

Jalandoni was one of the two housemates challenged by the game master, known as “Big Brother” or “Kuya” to pose in the nude for a painting. The other housemate was Michelle Gumabao.

ABS-CBN, the producer of the show, has already issued a public apology after the MTRCB expressed alarm over the allegedly gender-insensitive incidents on the show’s June 4 and 5 episodes when the challenge was given to Jalandoni and Gumabao.

“Arguably, this constitutes moral and psychological violence [against] them and may violate their dignity as human persons,” MTRCB Chair Eugenio Villareal said. “Jalandoni initially refused—she even said, ‘Patayin n’yo na lang ako (Why don’t you just kill me).’ She eventually [accepted] the challenge.”

Jalandoni then picked fellow contestant Gumabao to join her in the nude painting challenge after “Kuya” ordered her to recruit a companion for the task.

Gumabao reacted by crying during the show’s June 5 episode. “She was seen lying on the bed, her pillow wet with her tears,” Villareal said.

According to the MTRCB head, the show would be subjected to “a three-month period of close collaboration” with the board. “With the board’s guidance, PBB will institute self-regulatory measures, including, if warranted, a rating of SPG (Strict Parental Guidance),” Villareal said.

He said that within the three-month collaboration period, the show’s creative team would undergo a gender-sensitivity seminar to be organized by the MTRCB and the Philippine Commission on Women.