On the other hand, she hopes she’s doing well as a stepmom and politician’s wife
By: Marinel R. Cruz - Reporter
Philippine Daily Inquirer / 12:15 AM June 09, 2014 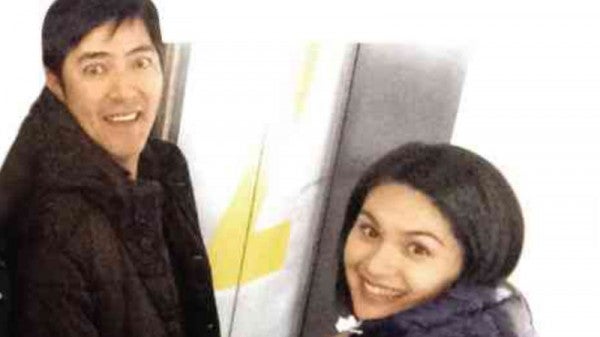 “As Vic’s girlfriend, she has a lot to put up with. Considering that she’s still in Vic’s life, it’s not right for people to say that she’s not committed, or that she’s just after Vic’s money.”

Trust actress Dina Bonnevie to come up with such quotable quotes about the controversial relationship between her ex-husband Vic Sotto and his “Eat Bulaga” cohost Pauleen Luna, who is 35 years his junior.

The Inquirer sought Dina’s reaction to the possibility of Vic, father of her kids Oyo and Danica, eventually marrying Pauleen. Vic and Pauleen have been dating for two years now.

“It will be difficult for her to have to deal with so many other women in Vic’s life. His kids would probably complain or wonder, ‘Why her? Why not our moms? You don’t have a child with her,’” Dina said during a media gathering for her latest ABS-CBN drama series “Sana Bukas Pa ang Kahapon,” which starts airing on June 16.

Vic has two other children, one each with actress Coney Reyes and former model Angela Luz. 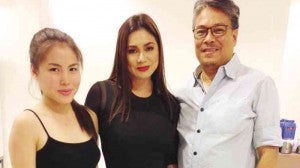 Dina said a Vic-Pauleen wedding would “shock” her. “Vic is not the marrying type. The other women in Vic’s life were older and more experienced than Pauleen, as far as being a lifetime partner is concerned. I’m not saying that Pauleen is a bad choice. The more qualified one is someone you don’t have to teach.”

She surmised: “If Vic got someone close to his age, they’d have the same mindset and aim for the same thing, which is companionship.”

Dina, 52, recently married Ilocos Sur Vice Gov. Deogracias Savellano. She claimed she had remained good friends with Vic. “He is the father of my children, after all,” she pointed out.

The actress said she wished for Vic to be “truly” happy: “Whoever he ends up with, I hope she takes care of him.”

How did Vic react to news of your wedding?

He was shocked. I never told him about it. He learned about it only from the papers. I said nothing because I didn’t want to get embarrassed if it didn’t push through. The kids confirmed the news to him. Vic and my husband already met. He said, ‘Hi Gov!’ and then they shook hands.

How are your children coping with their own married lives?

I consider myself lucky that no one ended up a wayward kid. I guess they saw what their parents went through and were determined not to head in that direction.

How are you as a grandma?

I never want to be called lola. They call me Mama D. I will soon have a total of five grandchildren, since Kristine (Hermosa, Oyo’s wife) will give birth in September. I love all of them. I see myself in Danica’s daughter Kayla. She likes performing. Her favorite movie is “Frozen.”

Mik (Danica’s son) is following in the footsteps of his dad (basketball star Marc Pingris). Kiel (Oyo’s son) is very intelligent. Although he’s adopted, he is like Oyo in many ways. His favorite TV channels are National Geographic and Discovery. Ondrea (Oyo’s daughter) is slowly becoming like her kuya. She doesn’t enjoy watching cartoons or teleseryes, but she stares at the TV when it’s on Discovery or Nat Geo.

How are you as a wife?

I hope I’m doing well. I cook for my husband during my free time. I had a hard time adjusting in the beginning, especially in dealing with his kids. We all get along now. My stepdaughter Marie is the closest to me. She’s like my own.