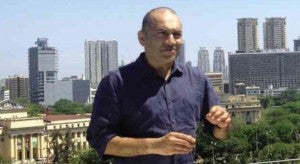 “BBC World News felt it was important to focus on the Philippines six months after Supertyphoon ‘Yolanda,’” revealed writer-TV host Rajan Datar via a recent e-mail interview. “The typhoon, and the effect of those dealing with its consequences were huge breaking news stories for the channel and we felt it was important to share [the recovery story] with the world,” Datar told the Inquirer.

The “Philippines Direct” season currently airs on the 24-hour BBC World News channel. A series of documentaries and programs started airing last Monday and continues until May 30.

Datar’s “The Travel Show” (tomorrow, 8:30 a.m., 9:30 p.m.) visits earthquake- and typhoon-devastated areas and will focus on the victims who survived and coped after the calamities.

Other programs in the lineup include “Working Lives: Cebu” (tomorrow, 12:30 p.m.; May 25, 6:30 a.m., 6:30 p.m.), presented by Rico Hizon and focusing on a diverse set of disaster-affected people and their livelihoods; and “Talking Business: Philippines Direct” (tonight, 10.30; tomorrow, 8:30 p.m.), hosted by Linda Yueh and set at the World Economic Forum in Manila.

How would you explain BBC’s decision to focus on the Philippines?

The reaction to the Bohol earthquake and Supertyphoon Yolanda is of interest around the world, has had a great impact on the country’s tourism, and reveals something about the Filipino character. Also, the Philippines’ economic growth and how that is filtering down to everyday society are of huge interest.

What is “disaster tourism” and how is it gauged in the Philippines’ calamity-stricken areas?

Disaster tourism can be defined as focusing on an unfortunate event and, through tourism, helping with the recovery process. In the case of the Philippines, as with the 2004 Indian Ocean tsunami and for countries like Sri Lanka, the bond with regular tourists is so strong, that many people from abroad want to help. When we filmed in Bohol, we saw that the churches affected by the earthquake relied greatly on money from tourism to survive and rebuild.

How is the Philippines distinct in Asia, from “The Travel Show’s” perspective?

The clearest differences are the Spanish and American influences and largely Catholic faith. Also, while Thailand, Indonesia and Malaysia sell themselves as more “exotic,” Filipinos are more grounded about who they are and display an incredible resilience in the face of adversity.

In “The Travel Show,” we visit Manila, Bohol and Panglao. In Manila, we challenge the idea that the capital is not an attractive city to visit. We meet a dancing cop (and dance with him in 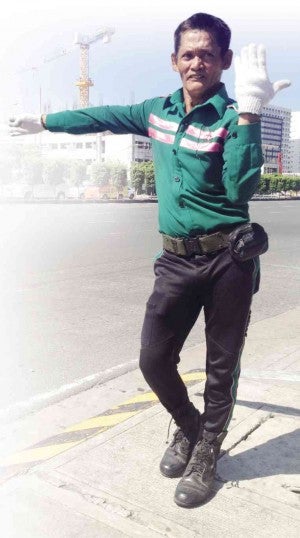 the middle of a busy four-way junction!). We ride in a “pimped-out” jeepney, visit Intramuros, and look at the more interesting contemporary music scenes in the capital.

On the islands, we look at ongoing recovery and restoration efforts, go up to the Chocolate Hills, take a river cruise, get really close to a tarsier that sat just behind me in a tree for a full 20 minutes while we filmed…

What makes the country’s entertainment scene different in the region?

Island mentality makes a country’s psyche a bit more extroverted, anarchic, carefree and fun-loving. But also, I noticed a special obsession with entertaining others and being entertained. Everyone seems to have music in their blood and so many can turn their hand to dancing, singing or playing.

What is the most important thing about creating travelogues?

The most interesting thing is that I get to dig below what guide books and newspaper articles tell you about a certain destination—as a result, we are able to find out what people in the country are actually talking about, and we get to explain different cultural idiosyncracies. These days, it is important not to underestimate the experience and knowledge of our viewers.

ABS-CBN recently collaborated with NHK, Japan’s national broadcasting company, to produce a feature on the life of a half-Filipino sumo wrestler in Japan for an episode of “Rated K” that will air on Sunday. 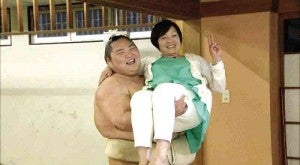 The “Rated K” segment on sumo wrestler Masunoyama Tomoharu and his Filipino mom Maria Christine is patterned after a recurring “prank” from the NHK program “Happy Surprise.” It features people made to believe they are part of a television documentary, only to be surprised by a flash mob dedicated to them.

Masunoyama, 23, says he wants to show his gratitude to his mom, who raised him and his brother on her own. Under the impression that “Rated K” was doing a segment on Filipinos in Japan, Maria Christine was brought to famous tourist attractions and landmarks in Tokyo.

As she was being interviewed, Maria Christine was treated to a flash mob of sumo wrestlers led by her son. This moved the single mother to tears.

The episode will also tackle the journey of Maria Christine in Japan, and the relationship between Masunoyama and his younger brother.

The segment on Masunoyama will be aired on “Happy Surprise” in Japan next month, announced Hiroshi Yamamoto, NHK senior manager. Marinel Cruz

Read Next
From ‘Hulk’ to gay activist
EDITORS' PICK
SM continues to send relief assistance to remote towns in Batangas
Batangas execs, Taal evacuees thank House; hopeful on rehab efforts
‘A greener, cleaner tomorrow’: A how-to guide for Filipinos who want to help with today’s energy crisis
5 years after Mamasapano, son of fallen SAF 44 trooper remembers his ‘idol’
Get exciting deals and discounts when you download the new McDonald’s App
PAL: Passengers with flights to parts of China may request for refund, rebooking
MOST READ
Dina Bonnevie on Coney Reyes: We have forgiven each other
No time for revelry; Tagaytay instead plans for alert level 5
Megan Young, Mikael Daez get married
Taal’s sulfur dioxide emission increases
Don't miss out on the latest news and information.