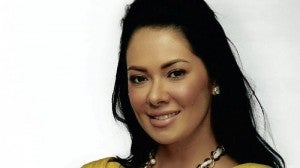 MANILA, Philippines—Though she said age is not an issue, actress Ruffa Gutierrez frankly said she tends to veer away from older men.

“Older guys are boring,” she told hosts Boy Abunda and Kris Aquino in a live interview Tuesday as she guested on the duo’s late night talk show.

The 5’10” former beauty queen reasoned out even if the guy is cute but shorter than her, she finds it awkward to look down, literally, while talking to him. “Hello, how’s the weather there? Are you OK?” she said, looking down as if talking to someone on the floor.

After recovering from their seemingly “patented” laughter, Abunda and Aquino asked Gutierrez if she has a boyfriend.  She said she has a constant date, a French guy. “He’s not yet my boyfriend, barkada barkada pa lang muna,” she said with a giggle.

She added Filipinos have become too shy to ask her for a date.

Then again, she added, if she finds Mr. Right, whether Filipino or a foreigner, older or younger, taller or shorter, she said she’ll accept her man for whoever he is.

Gutierrez has two daughters with former husband, Turkish businessman Ylmaz Bektas, who she said is younger than her.

The 39-year-old Gutierrez was once involved with 30-year-old heartthrob John Lloyd Cruz.

Ruffa and her phantom lover