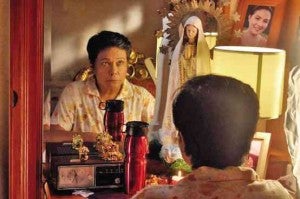 NORA Aunor, who turns 61 today, has four films in the works—including “Hustisya.”

Some years ago, during a particularly low point in Nora Aunor’s roller-coaster career, many producers regarded her as a has-been and few of them were inclined to “gamble” on her ability to stage a big comeback.

They conceded that she was a naturally gifted actress but felt that she could no longer “carry” a film to box-office success. That was when we insisted that she deserved a second, third or even 10th chance because she still had great performances left in her. But, there were few takers.

Well, the times sure have changed for “has-been” Nora. After TV5 “gambled” on her comeback teleserye,  she slowly but surely got other producers and directors interested in her all over again. Her subsequent starrers started winning awards not just locally but also internationally.

The big turn-around came with Brillante Ma. Mendoza’s “Thy Womb” and others quickly followed, as more indie filmmakers realized that Nora could become their golden cinematic “muse” who has the iconic clout and sheen to help them realize their most cherished filmic dreams! 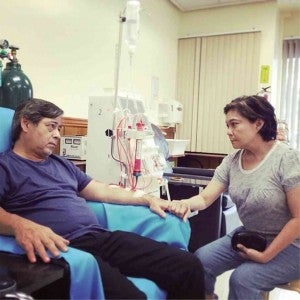 These days, in fact, Nora has “too many” acting assignments—so her writer-directors have to patiently wait before they can avail of her prized services. What a wonderful “problem” to have, especially after all those years of hardship and rejection that she had to go through not all that long ago!

Our Noranian friend Andy lists four new film projects that are awaiting Nora’s full attention and focus: “Padre de Familia” and “Silbato (Whistle-blower)” by Adolf Alix Jr., “Dementia” by Perci Intalan and “Hustisya” by Joel Lamangan, slated for screening in this year’s Cinemalaya indie film festival at the Cultural Center of the Philippines and other venues.

How consoling to have been proven right in our faith in Nora’s abiding gift despite the many disappointments and frustrations along the way. And yet, truth to tell, that faith in Nora’s talent (as opposed to her behavior or professional conduct) never faltered because her thespic ability has always been clearly superior.

Even during her most “commercial” periods, when she was so popular and in-demand that she was making one film after another in a mad, reckless rush, as though the world would end next month, some of Nora’s portrayals were more memorable than perhaps she herself intended.

This natural, intuitive approach to role and character is what sets her apart from many other performers. How can it be “explained?” Perhaps the fact that, as a child, she had an extremely deprived, hardscrabble life made her especially “attuned” to other people’s elemental wants and needs?

Even when she was living in the lap of luxury, fame and wealth, she retained this unique connection not just to reality but also to what lies beneath it, where the most authentic essence of “character” can subliminally be found.

In addition, the fact that Nora has been directed by and learned from the country’s best cinematic mentors, from Gerry de Leon to Lino Brocka and Ishmael Bernal, has further honed her natural gift, making her four new starrers collectively a major event and, hopefully, an achievement in our suddenly upbeat and exciting cinematic universe.