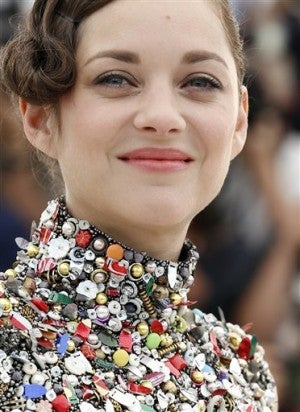 At a press conference Tuesday in Cannes for “Two Days, One Night,” the 38-year-old star was asked about roles she would like to do but has not yet had a chance to play.

“I’ve always had a fascination with playing a man. Because it appears impossible to me, it excites me. So there you go,” she said.

If this gender-bending role does one day materialize, it would not be the first time that a woman has played a man in a movie.

In 2007, Cate Blanchett played Bob Dylan in “I’m Not There,” and Tilda Swinton famously swapped genders in the 1992 art-house film “Orlando.”