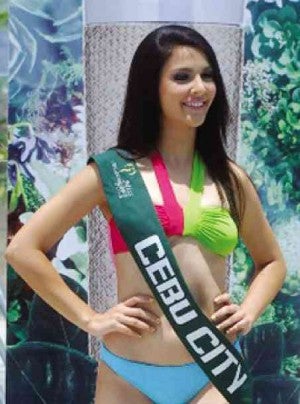 Cebu City’s Jamie Herrell bolstered her lead in the 2014 Miss Philippines-Earth tilt by snagging the gold in the swimsuit competition held last week at Solaire Resort & Casino in Parañaque City.

This is the second swimsuit contest that the Cebuana won; the first was held in Hamilo Coast last month. She has three othergolds: one for the resort wear competition held at the PonteFino Hotel in Batangas City; another for being “Darling of the Press”; and yet another for the cultural costume competition held in Vigan last Tuesday.

The 19-year-old student earlier bagged silver medals in the makeup and hair challenge, catwalk challenge, and the dance category of the talent competition. She placed third in both the “Trash to Class” challenge and the beachwear styling challenge.

Herrell was also one of 10 contestants proclaimed “Miss Hana Shampoo,” and was declared Miss Advance Placenta by pageant sponsor Psalmstre. 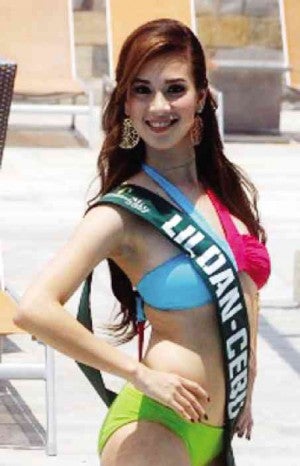 CRYSTAL Star Aberasturi was third in the swimsuit competition.

Herrell told the Inquirer that the triumphs came as a surprise, because she didn’t plan on joining this year.

“I was set to do it next year because I’m a scholar at the International Academy of Film and Television. But I was given time off,” she said.

Herrell noted that Cebuanas have been doing well in local and international pageants because “we have the winners’ drive.”

Fellow Cebuana Hannah Marie Caayon of Mandaue City had another explanation: “Cebuanas are beautiful, and Cebu is more immersed in Filipino culture than Metro Manila. That helps produce a unique type of contestant.” 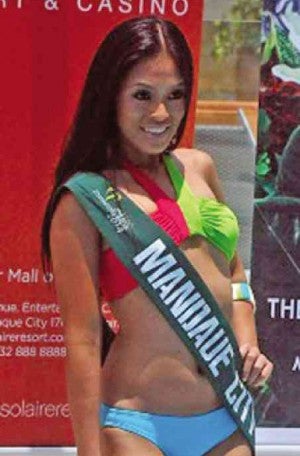 The 2014 Miss Philippines-Earth coronation night will be held at SM Mall of Asia Arena in Pasay City on Sunday, 7 p.m. It will be aired on ABS-CBN on the same evening.

The Inquirer and Inquirer Libre are official media partners.