Navarro confident cases vs Lee et. al to go to trial after arrest—lawyer 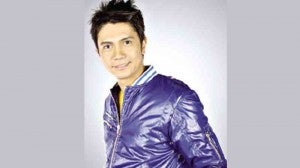 “We are happy that the cases can now proceed. We continue to have faith in the process. Everyone, not just Vhong, has a stake in ensuring that the cases now go to trial, and a just judgement will be rendered by the courts. This is everyone’s quest for justice,” lawyer Alma Mallonga, legal counsel of Navarro said in a text message to INQUIRER.net.

“We are grateful to the DOJ and the NBI and congratulate  them for doing their task well in effecting the arrest of the accused,” Mallonga added.

In a separate phone interview earlier this Saturday, Mallonga said the arrest of Lee would be important for the case to progress before the Taguig City Regional Trial Court (RTC).

“The proceedings were like suspended animation because they were not really there. They really have to be there personally, before the court,” she said.

According to her, once the accused have entered their plea before the court, it could now proceed with the trial even without their appearance in court.

“If they were already arraigned and pleaded either guilty or not guilty, the trial court can proceed with the trial and convict them even without them,” she said.

On Saturday morning, Lee and his accomplice, Simeon Palma, accused of allegedly mauling actor TV-host Vhong Navarro was arrested in Samar for charges of serious illegal detention filed by Navarro.