Gab Valenciano dances way into auditions of ‘America’s Got Talent’ 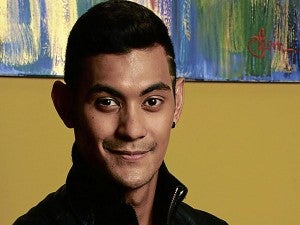 MANILA, Philippines – Dancer Gab Valenciano was one of the thousands of hopefuls who tried out for the coming ninth season of the reality talent search “America’s Got Talent,” which premieres on May 27.

In the show’s teaser video recently released online, the son of prominent music artist Gary Valenciano was briefly shown dancing onstage in front of judges Howard Stern, Melanie Brown, Heidi Klum and Howie Mandel. He was wearing a tank top and a pair of brightly-colored tights, just like in many of his popular “super selfie” videos.

Gab hasn’t revealed yet whether or not he made it through the auditions. But for Gab’s mother, Angeli Pangilinan, seeing her son being able show off his skills in the TV program was enough reason to feel blessed.

“For me, win or lose, Gaby’s a winner already,” she told the Philippine Daily Inquirer. “He shoots his own videos, edits them and remixes his own songs—he’s a one-man shop.”

Gab, who few to the United States in 2013 to study music at Full Sail University in Florida, attained popularity in the Internet with his “super selfie” videos, in which he performs lively and wacky dance moves and antics, while sporting outlandish costumes.

His most popular videos, “Tune Squad” and “Father and Son” (with Gary V.), have over 1.9 million and 1.7 million hits, respectively, on YouTube. Gab’s “super selfie” videos have likewise been featured on international news sites and TV shows such as The Huffington Post and CBS’ “Good Morning America.”