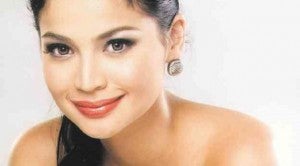 “Taken at Vice’s birthday. Of course I spoke to Sam that night and as always, I told him to take care of my baby sister. Like any ate would do BUT to clarify I DID NOT say any of those words written in the article. Kahit tanungin nyo pa si Sam. Even he doesn’t know where those words came from. Basta. Ang mahalaga Sam and I are ok. End of story, no issue here.