‘Boys’ lose weight; Lloydie vows to go next in a 180-degree turn 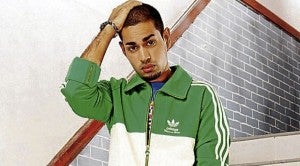 “Boys Night Out” radio talk show hosts Slick Rick, Tony Toni and Sam YG lost at least four pounds each after only one week on a strict diet and workout plan, according to top nutritionist/weight management specialist Nadine Tengco.

Test group
“In one week on the Superbods Diet, Sam lost eight pounds and four inches off his waist; Tony lost four pounds and one inch; Slick lost seven and a half pounds, and three inches. All of them lost an average of two to three percent total body fat,” Tengco added.

Gela Gamboa, Century Pacific Food Inc.’s (CPFI) group product manager, said the program was designed in such a way that it could be done in the comfort of one’s home or during break time at the workplace, and without the use of gadgets and/or machines.

“We put a test group on the diet and workout plan. The average weight loss was about 10 lbs and three inches (around the waist) in three weeks,” Gamboa said.

180-degree turn
“This year, by presenting John Lloyd as a Superbod, we hope to inspire our loyal customers to take their own journey towards health and fitness,” remarked Greg Banzon, CPFI general manager.

Aside from the “Boys Night Out” DJs and John Lloyd, fellow endorser and actress Anne Curtis is set to take part in the program.

Cruz said, “When I turned 30, my wish for myself was to be healthy. With this challenge, I could achieve a 180-degree turn in my lifestyle.”

The celebrity participants are expected to join the Superbods modeling competition in Boracay from April 25 to 27. Now in its fifth season, the competition will include two finalists from a US Superbods search.

(The diet and workout plan may be viewed online at the My Road to Superbods website www.centurytuna.ph/superbodschallenge.)