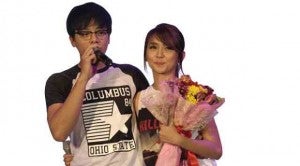 “It’s a bittersweet feeling, knowing the show that everyone loved has come to an end,” said teen heartthrob Daniel Padilla during Sunday’s “Got to Believe” fans day attended by supporters of “KathNiel,” his screen partnership with Kathryn Bernardo. The ABS-CBN drama series, which topped ratings for six months, airs its final episode Friday night.

The daylong event, dubbed “Got to Believe: Best Fair Ever,” was held at the Circuit Makati. It featured fun rides, games and a variety show. “Our aim was not to monetize, but to say thanks. The show received overwhelming support from the youth sector,” said business unit head Des Tanwangco. “We collected P500 for entrance per person, but gave this back to them through the rides and the G2B kits that they brought home.” 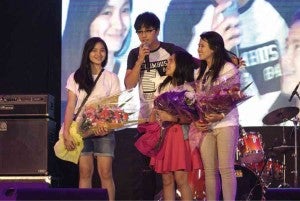 The event was dedicated to a group called “G2B Army,” which has 42,000 members across the country and in areas abroad where the Kapamilya channel TFC (The Filipino Channel) airs, Tanwangco said.

“The venue was our top consideration. We wanted it to be accessible to everyone. We wanted an open space where the kids could relax and have a picnic,” she told the Inquirer.

There were fun booths, food booths and magic shows, plus a bull ride and a Velcro jump. 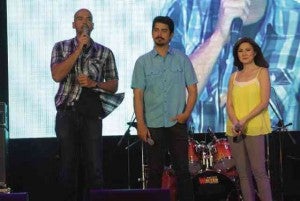 “One of the highlights was the ‘magical moments’ booth,” said Tanwangco. “Kids were asked to speak in front of a camera about the show’s impact on their personal lives. We picked the 15 best answers, which we broadcast during the concert.”

“Got to Believe” tells the love story of a poor girl named Chichay Tampipi (Bernardo) and a sheltered, rich boy named Joaquin Manansala (Padilla), and the problems they hurdle. 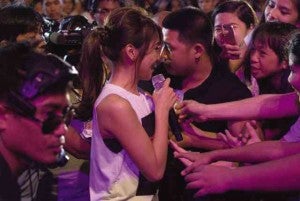 An estimated 7,324 people turned up at  Circuit Makati, according to Jessie Saburao, officer-in-charge of Kimber Security, which the network commissioned for the event. Chit Santa Monica, head of Makati’s Barangay Carmona Rescue, reported 10 cases of fainting and six cases of stomach trouble.

G2B creative manager Henry Quitain said Padilla and Bernardo have remained unaffected by their popularity. “Off-cam, they’re just normal kids. Daniel is very sweet and protective of Kathryn,” he noted. “He gets jealous when she hangs out with other guys. He even checks on Kathryn’s outfits—whether or not they’re too revealing.”

Quitain added: “Like other kids, they have spats but their work is never affected. Kathryn is very professional. Daniel is naturally playful, always roughing it up with cameramen.”

What’s next for KathNiel? Quitain said in the works was a new material where Daniel and Kathryn would play super heroes. “They are also working on a Star Cinema production,” said Tanwangco. “But first, the entire G2B team will head off to the beach for a well-deserved R&R.”

TAGS: Got to Believe: Best Fair Ever, Television