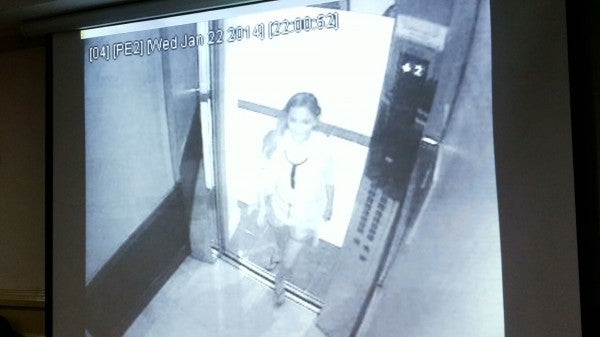 Cornejo, accompanied by her lawyers, presented on Wednesday afternoon her complaint affidavit before the Taguig City prosecutor.

“The CCTV can only show you part of the story. What we have here, my client Mr. Cedric Lee, attorney Aquino’s client Deniece Cornejo and the other witnesses that are eyewitnesses that can tell the whole story. The CCTV only tells part of the story and we are not sure if the CCTV is clear, has been tampered and whatever has happened with that. We are not in possession of any of that,” said Cornejo’s lawyer Howard Calleja

He said that the CCTV footage of the condominium clearly showed that Navarro arrived ahead of businessman Cedric Lee.

Calleja said the public was only “seeing part of the story” and not the whole story.

He assured the public that Cornejo was not leaving the country and was ready to face the charges against her.

“The truth is a girl (Deniece) was raped last January 22.”

Navarro, however, denied the allegations, and said he was forced to admit to rape in a video taken by Lee that evening of January 22.

On Tuesday, the National Bureau of Investigation (NBI), filed a criminal complaint against Lee, his sister Bernice, Cornejo and several others in connection with the alleged mauling of Navarro.