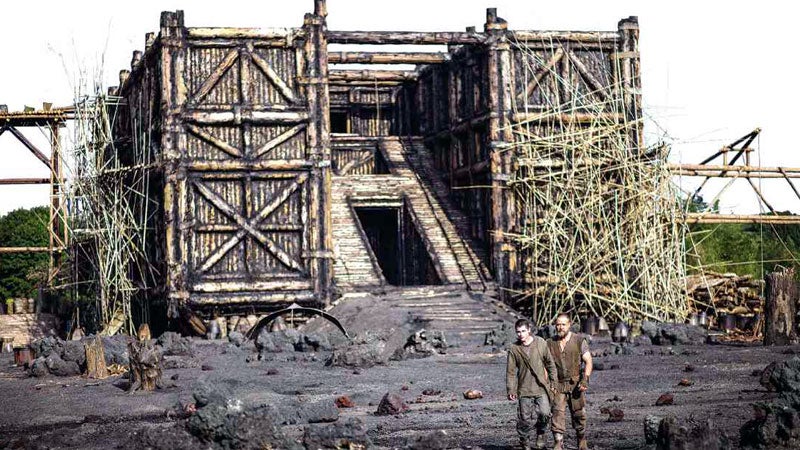 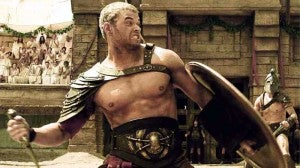 “Noah,” with Russell Crowe in the title role, is directed by Darren Aronofsky with his frequent collaborator Libatique, whose credits include “Black Swan,” “Iron Man” and “The Fountain.” It opens in the United States in March.

Ridley Scott’s “Exodus,” the other biblical saga, will be released in December. This one has Christian Bale as Moses, Aaron Paul (Joshua), Joel Edgerton (Rhamses) and Sigourney Weaver (Tuya).

“The Amazing Spider-Man 2,” one of the most eagerly anticipated big movies of 2014, finds Andrew Garfield’s web-slinging hero being confronted by Electro (Jamie Foxx) and an old friend, Harry Osborn (Dane DeHaan, fresh from “Metallica Through the Never” and “Kill Your Darlings”). 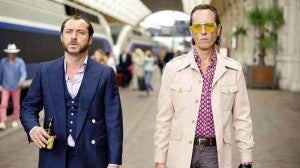 JUDE Law in the title role of “Dom Hemingway” and Richard E. Grant as Dickie Black

Princess Grace returns to life through Nicole Kidman in “Grace of Monaco,” by Olivier Dahan, who directed the acclaimed “La Vie en Rose.” 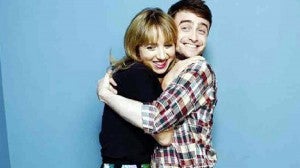 ZOE KAZAN and Daniel Radcliffe deal with “The F Word”

What we’re excited about in Clint Eastwood’s screen adaptation of the hit musical, “Jersey Boys,” is the possibility that we’ll get to see Christopher Walken, cast as Angelo “Gyp” DeCarlo, sing and dance again. He plays advisor to Frankie Valli (John Lloyd Young) and his band mates, to be portrayed by Erich Bergen, Vincent Piazza and Michael Lomenda.

After the splashy end of his “Breaking Bad” series with Aaron Paul, Bryan Cranston couldn’t have chosen a more spectacular way to make his mark on the big screen. Bryan stars as Joe Brody with another Aaron—Aaron Taylor-Johnson—and Elizabeth Olsen in “Godzilla.”

More testosterone-driven fare comes from Joe Padilha’s “RoboCop” reboot with Joel Kinnaman in the title role; Michael Bay’s “Transformers: Age of Extinction” with Mark Wahlberg; Doug Liman’s “Edge of Tomorrow” with Tom Cruise as an army officer who is forced to live out the same brutal combat over and over; and Robert Rodriguez and Frank Miller’s prequel-sequel (go figure) “Sin City: A Dame to Kill For” with quite a cast: Mickey Rourke, Bruce Willis, Josh Brolin, Lady Gaga, Jessica Alba, Joseph Gordon-Levitt, Jamie Chung, Jeremy Piven and Ray Liotta. 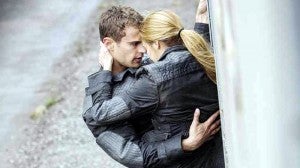 Eva Green takes up the cudgels for female power as Artemisia, commander of the Persian navy, in “300: Rise of an Empire.” Artemisia and Xerxes (Rodrigo Santoro) battle Greek general Themistokles (Sullivan Stapleton).

For many fans of the Wachowskis—Andy and Lana—July couldn’t come soon enough. That’s when the celebrated sibling filmmakers unveil “Jupiter Ascending,” which features Mila Kunis in the title role, a woman who cleans other people’s houses and copes with bad breaks until Caine (Channing Tatum), a genetically engineered former military hunter, arrives on this planet and drastically changes her life’s course. “Les Miserables” Eddie Redmayne, Sean Bean and Douglas Booth costar.

Shailene Woodley also provides femme power in “Divergent,” the much-anticipated adaptation of the first book in Veronica Roth’s hit book trilogy. Shailene plays Beatrice “Tris” Prior, a teenager with a special mind, in the film that also stars Theo James and Kate Winslet. 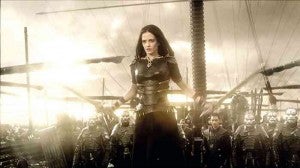 EVA GREEN as Artemisia in “300: Rise of an Empire”

In a fitting title, “The Hobbit: There and Back Again” will indeed be back again in December this year. This is the conclusion to Peter Jackson’s trilogy.

(To be continued Sunday)