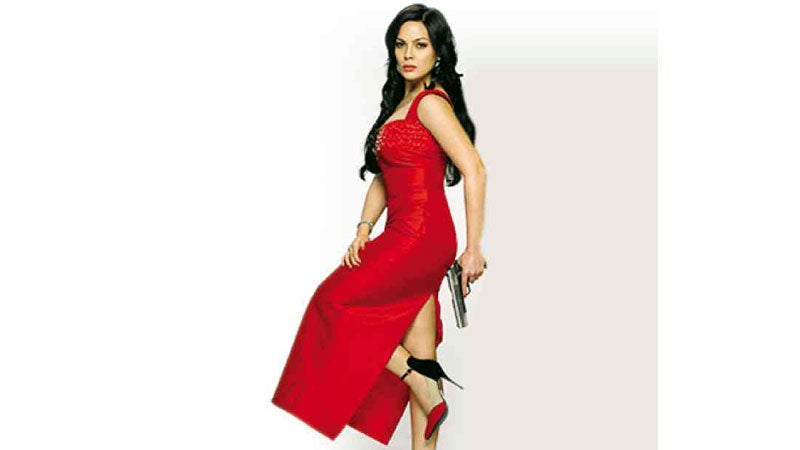 For the sheer physicality of her role as Marla Dee in the Metro Manila Film Festival (MMFF) entry “Boy Golden: Shoot-to-Kill,” KC Concepcion considers it the toughest character she has portrayed to date.

Prior to the shooting, KC spent a lot of time in the gym to improve her stamina, and trained in mixed-martial arts and gun firing.

One long action sequence took around 38 hours to complete. “I trained five hours a day for three months. I had to be adept at fighting, especially since I’m the only female gangster in the movie,” KC told the Inquirer in a recent interview.

“I just really stuck to my character,” said KC. Marla Dee is a woman out to seek retribution. The film—about notorious gangster Arturo “Boy Golden” Porcuna—is about deceit and vengeance.

The Kapamilya and Viva talent said she didn’t mind getting hurt in some of the more intense scenes. “We were doing a few lines while in a vintage car, when it braked suddenly. I was hurled forward and got my knees bashed,” she related.

Being ER’s leading lady in the movie was a rather “interesting” experience, KC  said, explaining that it was her first time to be paired with someone much older.

At 50, ER is about the same age as the 28-year-old actress’ parents, Sharon Cuneta and Gabby Concepcion. And KC admitted that her first meeting with ER was a tad awkward.

But as shooting progressed, KC said she discovered that ER was a thoughtful and considerate man. “Maalalay siya. I didn’t worry that I would be taken advantage of. I trusted him as a leading man. He was respectful of his screen partners,” she said.

Her kissing scene with ER, she said, was not really meant to inspire kilig. “The movie is packed [as it is]; it doesn’t need kissing or love scenes for added value,” she explained.

KC related that she sat down with the movie’s executive producers, as well as director Chito S. Roño, to discuss how much she was willing to give for that scene. “They asked about my limitations, what I was comfortable and uncomfortable about. I appreciated that,” she said.

Fresh from bagging the best drama supporting actress trophy in last November’s Star Awards for TV, KC said it would have made a great Christmas present, had she won best actress for “Boy Golden.”

Maricel Soriano won the trophy instead, for “Girl, Boy, Bakla, Tomboy.” Not that KC was expecting it. After all, she said, she didn’t even imagine that she would ever take acting this seriously.

“I was up against the likes of Eugene Domingo (“Kimmy Dora: Ang Kiyemeng Prequel”). That was an honor in itself—being nominated alongside her.”

The important thing, KC said, was that she had definitely grown as an actress in the past year, and she gives herself a pat on the back for accepting roles different from the goody two-shoes girls she used to portray all the time: “I’ve taken some big steps, I’m happy with the choices I made, and I’m proud of my progress.”