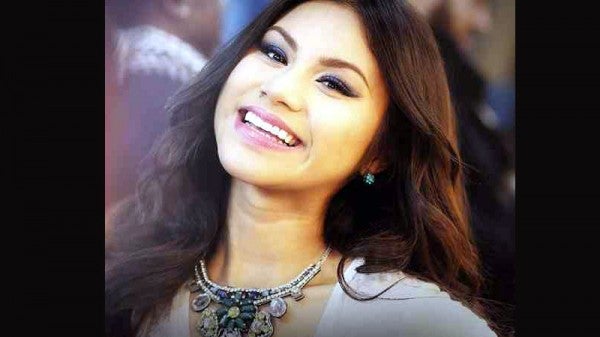 SANTIAGO. The Fil-Am bet is a standout on “The X Factor.”

We spent a full day and night glued to our TV screen last week, getting an overload of sounds and images that amounted to a virtual telethon, to wit:

On “America’s Next Top Model,” we were shocked to see that the first “girls and guys” edition had come up with three finalists, two of whom were male!

It’s a good thing that the only woman left standing, Jourdan, ended up bagging the title—otherwise, Tyra Banks’ show would never have heard the end of it from ticked-off viewers!

On “The X-Factor,” Fil-Am bet Ellona Santiago was still surviving as one of the tilt’s final six!

If Ellona doesn’t make it, she can still have a good singing career—if a savvy producer and financier builds her up in the exotic Beyoncé Knowles mold, which Ellona can fit—to a T!

On the local version of “Killer Karaoke,” the singing bets also perform well—but, that’s not really what the show is about. In fact, like its US template, it does everything that’s distracting, irritating and painful to make them stop singing!

As expected, the new local version is a sadist’s dream and a masochist’s delight, but it does pretty much what the original show has been doing all this while—so, no plus points for innovativeness, there.

We’re happy that Niño Muhlach is being seen more often than usual on TV these days: Most recently, he and Snooky Serna guested on Regine Velasquez’s “cooking and dishing” show, “Sarap Diva,” and we enjoyed their freewheeling banter.

Niño made it a point to pay tribute to his dad, who invested his earnings as a child actor very wisely—an example that many other “stage parents” should emulate!

Next, we caught sight of Niño in a cross-dressing role in a show about the making of the indie flick, “Slumber Party,” and we must say that the versatile actor made a super-dishy, saucily-swishy gay!

When will the obviously still talented actor get his own regular TV show again? Why not give him one co-starring his own son and heir, Alonzo, who for all the world talks and acts like Niño Muhlach, Part 2?