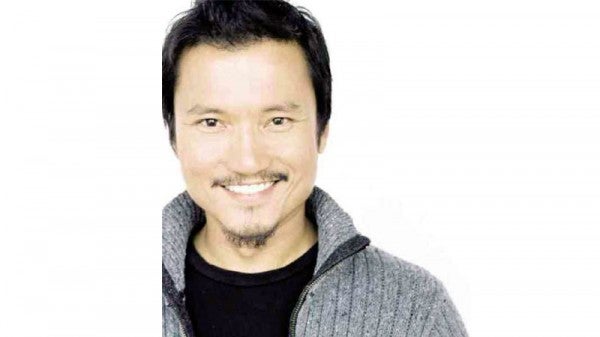 Kudos to Rachel Ann Go for getting the plum supporting role of Gigi in next year’s revival production of “Miss Saigon” in London. We’re sure that Isay Alvarez, the role’s originator in the hit musical’s first production, will give Rachel Ann very helpful advice on how to make full use of the golden opportunity for artistic growth and fulfillment that’s just been presented to her.

Even more impressively, “Miss Saigon’s” lead role of The Engineer has also been entrusted  to a truly homegrown talent, Jon Jon Briones.

Many actor-singer-dancers from all over the world have played the demanding and attention-calling part in different productions of the long-running musical-theater hit, starting with Jonathan Pryce in the ’80s and including ace Filipino actor-singers like Leo Valdez, Robert Seña, Junix Inocian, Bobby Martino, Cocoy Laurel and Jon Jon himself—so it’s a big compliment to Briones that producer Cameron Mackintosh has entrusted the lead role in the revival staging to him.

For our part, we can share that Jon Jon is truly a homegrown musical-theater talent because, like Alvarez, Seña and Martino, he cut his performing teeth in some of our original Filipino musicals, like “Magsimula Ka” and “Ang Bagong Bituin.”

We recall that Jon Jon impressed us way back when with his clear and focused baritone voice and energetic, “frisky” acting.

Similarly impressive was his brother, Edward, who was also a strong singer and had a comedic bent, to boot.

When we first flew to London to cover the opening of “Miss Saigon” for the Inquirer, we stayed with Jon Jon and Robert, who shared a small apartment. Because we knew many of the show’s cast members, we were privileged to get an insider’s view of the production even before it opened, and we made sure that Inquirer readers also benefited from the special access we’d gained.

Years later, we flew back to London to direct the Pinoys in the cast of “Miss Saigon” in a special touring show about Filipino songs and our musical culture that played in a West End theater, and later went on a European tour.

The follow-up visit enabled us to get to know “Miss Saigon’s” Pinoy stars even better. By that time, the role of The Engineer was being played by Junix, alternating with Bobby.

We stayed with Bobby and his sister, and we got a truly insider’s view of the production when he took us along to his one-on-one rehearsal with the show’s musical director, who took him through all of The Engineer’s songs in the course of the rigorous rehearsal session.

That was when we learned that, when Pryce first essayed the role, the score’s original high notes were brought down because he wasn’t really a trained singer—but, when Junix and Bobby took over, they were put back in again!

So, the Pinoys who took over the role of The Engineer, Jon Jon included, had to do much more difficult singing than Pryce—and yet, it was he who won the the prized Tony award for his performance!

So, if you get to catch the revival production of “Miss Saigon” in London next year, Jon Jon’s prodigious musical portrayal should really hit you where you live and breathe, as should Rachel Ann’s rendition of “The Movie In My Mind,” and the lead performance of the new Kim, Eva Noblezada, Julia Abueva, Tanya Manalang, and other “proudly Pinoy” cast members!