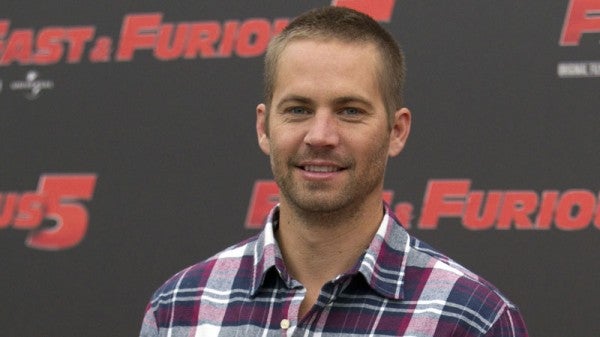 In this April 29, 2011 file photo, actor Paul Walker poses during the photo call of the movie “Fast and Furious 5,” in Rome. The industrial neighborhood where he died in a car crash is known to attract street racers. Walker and his friend and financial adviser Roger Rodas died in the one-car crash Saturday, Nov. 30, 2013, in the Southern California community of Valencia. AP

LOS ANGELES—The movie studio that makes the “Fast & Furious” action franchise said Tuesday it was suspending production of the latest installment while authorities press ahead with their investigation into how Paul Walker died.

The Los Angeles County coroner’s office said it has completed autopsies on the two bodies recovered from the fiery crash of a powerful Porsche that Walker, a star of the mega-hit movies, and his friend were last seen riding in.

Walker’s publicist has said the actor was the passenger when Roger Rodas’ 2005 Porsche Carrera GT crashed into a light pole and tree, then exploded in flames Saturday.

The muscular, limited-edition car is known to be not just fast—it can hit 100 mph (160 kph) in less than 7 seconds—but also difficult to handle. It is low to the ground, making it susceptible to bumps or debris in the road.

The families of both men have provided dental records, which will permit not only formal identification of the bodies, but also official word on whether Walker or Rodas was behind the wheel.

Results of the autopsies and identifications would not be released until Wednesday, the coroner’s office said.

Walker starred in all but one of the six “Fast & Furious” blockbusters, films that glorified fast cars and dangerous driving. He had been on break from shooting the latest installment, and Universal Pictures said Tuesday that production of “Fast & Furious 7” is on hold.

Much of the film has been shot, and it is scheduled for release in July. Universal Pictures has not said how it will adjust the movie to account for Walker’s death.

Meanwhile, accident investigators trying to piece together what happened were hindered by the crowds of fans that continued to flock to the crash site about 30 miles (48 kilometers) northwest of downtown Los Angeles.

The Los Angeles County Sheriff’s Department has said its investigators do not believe Rodas and Walker had been racing another car, though they were speeding on a street with a posted limit of 45 mph (72 kph).

On Saturday afternoon, Walker and Rodas took what they said would be a brief drive away from a charity fundraiser and toy drive at Rodas’ custom car shop.

While Rodas was Walker’s financial adviser, the two had bonded over their shared love of fast cars. They co-owned an auto racing team named after Rodas’ shop, Always Evolving, and Rodas drove professionally for the team on the Pirelli World Challenge circuit in 2013.

Paul Walker Team has ‘special love’ for the Philippines