Paul Walker Team has ‘special love’ for the Philippines 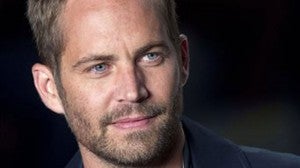 LOS ANGELES  – The disaster response organization formed by “Fast and Furious” star Paul Walker three years ago has “a special love for the Philippines,” its spokesperson, JD Dorfman, said Sunday (Monday in Manila).

“There wasn’t much relief help yet when we got there,” Dorfman, who led the team, told the Inquirer. “We had a highly skilled medical team with us and we brought 1,500 pounds of medical equipment and supplies.”

Dorfman is the operations manager of ROWW, a network of professionals with first-responder skills. Walker formed the organization in 2010 to aid people struck by natural disasters. Members include doctors, nurses, firefighters, paramedics, construction specialists and other disaster-survival experts “who understand that a fast response makes the difference between life and death,” the ROWW website said.

Dorfman said their team conducted rescue and relief work in Tabontabon for eight days. They returned to Los Angeles on Nov. 26, just a few days before Walker was killed in a car crash Saturday afternoon in Valencia, California.

The 40-year-old Hollywood star, best known for his role in the “Fast and Furious” films, was in the area to raise funds for ROWW’s relief efforts in Leyte.

The fundraiser took place at a racecar shop. Walker was a passenger in a racecar, driven by fellow car enthusiast Roger Rodas, when it crashed into a light pole and tree and burst into flames. Both Walker and Rodas died at the scene.

“Paul wasn’t someone who would just write a check and lend his name to an organization; he was the heart and soul of Reach Out WorldWide,” Dorfman said in a statement. “Paul was the first one in and the last one out, he led by example and his hard work and dedication inspired everyone who had the privilege of working with him.”

“Some people play a hero, Paul was a hero. Paul was an honorable, hardworking, dedicated, respectful man with a humble spirit who shared his blessings with those who needed it most,” he said

As part of ROWW’s disaster response, Dorfman and his team provided medical assistance in the only working hospital serving Tabontabon and nine other towns in Leyte.

The team flew from Seoul, South Korea, to Cebu, then took a five-hour boat ride to Hilongos, then took a truck to Baybay. With armed security provided by the Baybay mayor, Dorfman’s group joined a three-truck caravan to Palo, then to Tanauan, where the mayor of Tabontabon appealed for their help.

For several days, the team was not able to communicate with the ROWW office in Burbank, California. On Nov. 22, the team reported from Tabontabon via satellite phone: “We met a medic here that has had no international assistance and has been treating approximately 100 people a day, so they’re very glad we are here. We are staying in a room at the local school house nearby and are prepared to treat another 100+ people today.”

ROWW has also partnered with another nonprofit, Waves For Water, to provide thousands of Yolanda victims access to clean water.

It wasn’t their first time in the Philippines, Dorfman told the Inquirer. When Typhoon Sendong hammered the Southern Philippines in 2011, the ROWW team also rushed to the disaster areas to help with relief efforts.

“You see, we have a special love for the Philippines,” he said.

Roofless in Palo: Lost in my hometown

To rebuild, Filipinos must ‘reconstruct their hearts’

US military ‘godsend’ to ‘Yolanda’ victims