No competition between Echo, fiancée 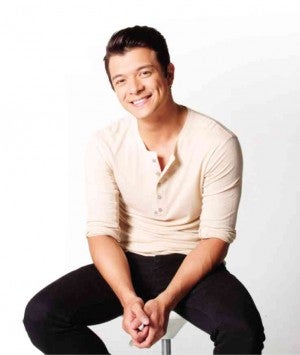 Actor Jericho Rosales admitted there had been rough patches in his relationship with fiancée, television host-model Kim Jones.

But he quickly added “the problems were nothing we couldn’t handle.”

Rosales said when girls asked to be photographed with him, Jones would stay on the sidelines. “I know it’s hard for her, but she has learned to adjust,” he told the Philippine Daily Inquirer.

Rosales has won several awards since he joined show business in the late 1990s. His most recent triumph was for the Ian Loreños indie movie “Alagwa,” where he plays a father dealing with the kidnapping of his 9-year-old son.

Rosales received the outstanding achievement in acting trophy at the 2013 Guam International Film Festival. The victory was his third—he got his first during the 2012 Gawad Urian; the second, at the 2013 Newport Beach Film Festival in California.

Jones, on the other hand, won recently the best Instagram microblogger (fashion) trophy at the 2013 Visual Style Awards.

Rosales said, unlike other couples who competed with each other, he and Jones handled each other’s successes well. “We’re happy with each other’s achievements. I guess it helps that we belong to different worlds—she’s into fashion and hosting, while I’m into acting and music.”

The 34-year-old actor added, “That award was very meaningful to her since she started that project on her own and from scratch. I was so proud of her that I made sure to be with her during the awards ceremony. While she was being interviewed, I was in a corner taking photos of her.”

How much of your wedding plans have you completed? Are you hands-on or do you leave the planning to Kim?

I’m a hands-on planner—both of us are. We’re starting to execute some of our wedding plans, but we can’t announce anything yet.

“Alagwa” received good reviews abroad. Why was it important for you that it was shown here?

We’ve gone to different countries to promote it, but there’s nothing like having Filipinos watch it. Pinoys deserve to see a movie that helps spread awareness of human trafficking and, at the same time, tells the story of a loving relationship between a father and his son.

You have attended several international film fests for “Alagwa.” What differences did you see between foreign cultures and ours?

I noticed that host countries of festivals where “Alagwa” participated were all very supportive of their film industries. Their love for film is intense. They also have high regard for their filmmakers. I wish the same for our film industry.

What was it like wearing two hats—actor and coproducer?

It was my first time to coproduce a movie and I found that it was a lot of fun. It’s not as stressful as when you’re both actor and director. I’ve directed a number of music videos before so I know. It’s fun to be part of the creative pool. I get to share ideas and discuss concepts with the production team. We help each other to make the ideas happen.

Did you have a hand in choosing the cast members … Bugoy Cariño and Malaysian actress Carmen Soo?

Carmen’s character is Filipino-Chinese. She is perfect because she can speak Mandarin and Filipino, as well as Malay. Our fans are also asking for a reunion. It has been five years since we did “Kahit Isang Saglit.” As for Bugoy, he was the director’s first pick. He’s right for the role, a kid who is makulit, stubborn but loving.

How did working on the movie change you?

Human trafficking is really happening in the Philippines. This project opened my mind. When you see the film, you will not feel scared but empowered. 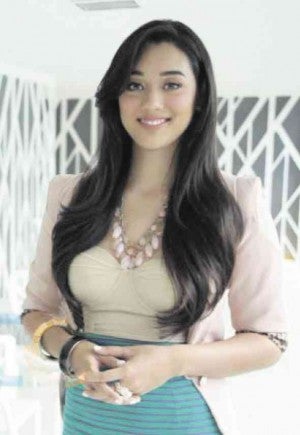 You are engaged to be married and will eventually start your own family. With what you know now, how do you intend to raise your kids?

I believe education is the key to solving the problem. We need to let people know about what’s happening out there. I already have a 12-year-old son. I may not always be there for him, but I’m confident that his mom is taking care of him. I’ll have more children in the future. I’ll teach them how to keep each other safe even when I’m not with them. I’ll educate them on social issues while they’re still young.

Who is your mentor in acting?

I have a few mentors; two have passed away—actor Johnny Delgado and director Marilou Diaz-Abaya. I also look up to Leo Martinez, who always tells me to “break down walls.” He says it’s important to be your character, to explore it, but at the same time remain realistic.

There is a process that I always go through. While I’ve acquired most of the techniques I use through on-the-job training, it also helped that I went to acting school recently. You can’t just rely on your personal experiences; you have to have a deep understanding of your character.

Are you willing to do another indie movie?

There are already two indie movies lined up for me, one of which will be directed by Ian. I’m also scheduled to do a comedy with Viva Films under director Mark Meily. The working title is “ABNKKBSNPLA Ako.”