Young stars stunned fans and fashionistas during Saturday night’s Star Magic Ball as they paraded in ball gowns and suits made by the country’s top designers. Video by JP Dalangin 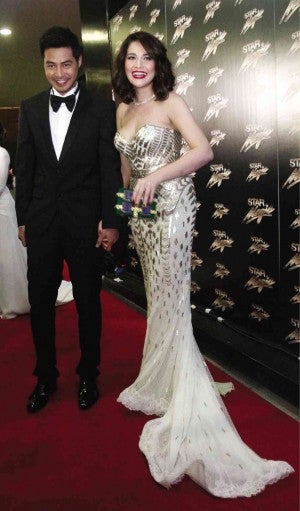 Gushed ABS-CBN president and CEO Charo Santos-Concio, describing the stars at the 7th Star Magic Ball held on Saturday night: “The ladies are all beautiful and the men, dashing!”

“I see child actors who are all grown up now,” Concio noted in her welcome speech.

Celebrities garbed in black, white, or black and white, the evening’s motif, began arriving at the Fairmont Hotel as early as 6 p.m. Curiously, this year, many stars walked the red carpet solo. One of them was actress Jessy Mendiola, who was a head turner in a deep V-neck outfit by Francis Libiran.

Asked why she turned up  with neither Sam Milby nor Jake Cuenca—her rumored suitors—Jessy said: “Why not? I just want to enjoy and not feel self-conscious.” 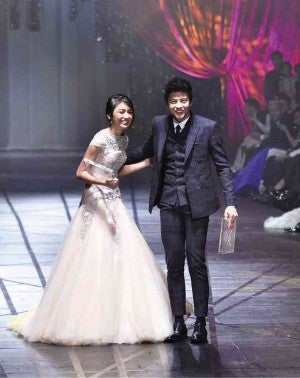 Sam, in a black tux also by Francis Libiran, told reporters: “I am courting her. I’m saying this so that if people see us together, there will be no more questions.”

Also dateless was Jodi Sta. Maria, who looked lovely in a silver tube gown by Jun Escario. She said her boyfriend, Bacoor Gov. Jolo Revilla, was “busy… but I sent him a photo of my gown via Viber. He liked it.”

Nikki Gil wore a pastel blue number, also by Jun Escario. It was her “moving-on look,” she jested.

Other solo celebs: Erich Gonzales, Alex Gonzaga, Pokwang, K Brosas and Julia Barretto. Gretchen Barretto, in a black piece by Joji Lloren, was escort-less on the red carpet, too. But she arrived with daughter Dominique Cojuangco, who was actor Enchong Dee’s date.

“Isn’t she pretty?” Gretchen said of 18-year-old Dominique. “I know Enchong’s a good guy. I just told him not to kiss my daughter!” 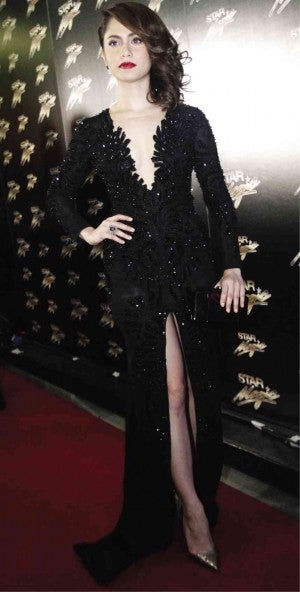 Gerald Anderson and Maja Salvador attended their first ball as a couple. “We’re here to enjoy,” said Maja. “My date looks so sexy,” added Gerald. “I am so lucky.”

The program began at 9:45 p.m., with an opening number from event host Martin Nievera. Yeng Constantino performed two songs. Two ballrooms were converted into one huge runway for the fashion show titled “Fashion a la Cinco,” which showcased the clothes of Dubai-based Filipino designer Michael Cinco.

All personal conflicts seemed to have been set aside as the Kapamilya artists danced and drank wine. Gretchen’s comment best described the mood: “There’s a right time for everything. Tonight, I’m just really grateful for the love I see around and for the people who make me feel it.”