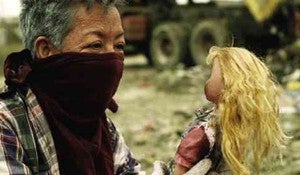 Su set “Pagpag,”  his prize-winning short film, in the slums of Baseco, beside a mountain of trash.

It is a pejorative term attached to indie films that tackle  stories of the downtrodden and marginalized.

Su, 35, explains that he made the short film as part of his course work for a masters degree at Tisch School for the Arts Asia/New York University in Singapore.

While surfing the Net, he stumbled upon the story of scavengers who wash and recook food found in the garbage.

“A blog article on garbage food or ‘pagpag’ intrigued and provoked me,” he recounts. Around that time, he adds, the raging issue in Philippine media was about the alleged exploitation of a boy in a popular game show.

He adds: “Being the only Filipino in my masters’ program, I felt compelled to tell a story that explores social realities in the Philippines without sensationalizing them. At the same time, at the core of the story are characters that judge and exploit each other to the extent that they forget how it affects and shapes the minds of innocent children.”

Filming was an ordeal, as they were under constant threat of a typhoon. “If I had a direct line to God, I would have asked for better weather. But since I didn’t… I had to be resilient, nimble and creative. That’s filmmaking, anyway.”

Su continues: “There was a cacophony of sounds and emotions. However, the residents’ laughing and videoke singing reminded me of inherent Filipino traits—optimism and daring and, again, resilience.”

His hard work was rewarded when the Directors’ Guild of America (DGA) declared him best Asian-American student filmmaker last November for “Pagpag.” 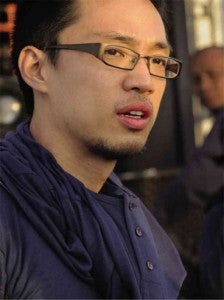 He learned in the DGA awards rites, held in Manhattan, that he was also considered for a citation for his other short film, “The Caregiver.”

More recently, in May, “Pagpag” was nominated for best short at the Milan International Film Festival.

“There are times when I still question my skills and talent,” he admits. “I think every filmmaker goes through that. Winning was definitely an affirmation, a milestone.”

For Su, who grew up in Binondo, filmmaking was a leap of faith. He was safely ensconced in the corporate world when the bug bit. “I was given the chance to make short docus to raise funds for Habitat for Humanity,” he says.

The experience “precipitated an existential crisis” that pushed him to embark on this “adventure.” He is currently working on his first feature, his thesis  film, “Fanny and Raul.” He describes it as a  “hostage drama/dark comedy, set in the Philippines.”

Still on his to-do list is to screen “Pagpag” more extensively in the Philippines. “Films have the power to influence people,” he notes. “I don’t expect the world to change overnight, but I hope my film will serve as a window to new perspectives and a catalyst for dialogue and reflection.”