Christian Bautista bounces back after end of ‘Party Pilipinas’ 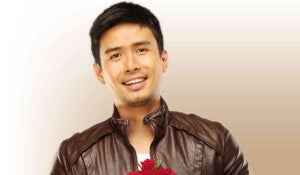 Singer-actor Christian Bautista said he felt disheartened when GMA 7 canceled the variety show “Party Pilipinas,” his first program in the network after transferring from rival ABS-CBN in April.

Negative feedback on Twitter made him feel worse, Bautista told  Inquirer recently. “People said I made the wrong decision… and that nothing good could happen now to my career. A few even blamed me for what happened to the show, saying I brought bad luck.”

But while there were bashers, Bautista said, he also caught some inspiring comments. “I just told myself that at least people cared enough to tweet about it,” he said. “I never doubted my decision to transfer. From the start, my management (Stages) and I agreed that, whatever happened we would pursue, cooperate, fight and work hard.”

When he was included in “Sunday All Stars,” which replaced “Party Pilipinas” on June 16, the singer said he took on the challenge with renewed vigor. “I’m excited about the new show. That’s how it goes—we fall, we get up, brush off the dust and move on.”

Starting Monday, Bautista will also appear in “With a Smile,” an early morning “dramedy,” with Andrea Torres and Mikael Daez.

Asked about the rumor that he left ABS-CBN for its failure to give him more acting projects, he said, “ABS-CBN presented its plans for me during negotiations. GMA7 had its own [plans]. We decided, based on my goals and current status in life, that GMA 7’s offer was the perfect fit.”

Is “With a Smile” the Kapuso network’s answer to ABS-CBN’s top-rating morning show “Be Careful with My Heart?”

Bautista said, “This [GMA7 show] airs earlier. And while its story is also light and funny… it’s patterned after ‘Lovers in Paris’ and the angle is different—two men are fighting over a girl.”

“With a Smile” is Bautista’s first lead role in a TV series in a long while. He teamed up with Anne Curtis in the Kapamilya drama “Kampanerang Kuba” in 2005.

It airs weekdays before “Unexpected You.”